The plays (in chronological order of New Visions/New Voices year):
The Yellow Boat by David Saar.
Afternoon of the Elves by Y York, based on the book by Janet Taylor Lisle.
A Village Fable adapted by James Still, music by Michael Keck, from the book by John Gardner.
Black Butterfly, Jaguar Girl, Piñata Woman, and Other Super Hero Girls Like Me by Luis Alfaro, based on the writings of Alma Elene Cervantes, Sandra C. Muñoz and Marisela Norté.
The Wrestling Season by Laurie Brooks.
Beggar's Strike adapted by Carlyle Brown, music by Kysia Bostic, based on the story by Aminita Sow Fall.
Sal y Pimienta (Salt & Pepper) (bilingual version) by José Cruz González.
The Very Persistent Gappers of Frip book and lyrics by Doug Cooney, music by David O, based on the novel by George Saunders.
Anon(ymous): An Adaptation of The Odyssey by Naomi Iizuka.
Einstein Is a Dummy book and lyrics by Karen Zacarías, music by Deborah Wicks La Puma.
Grail by Rosalba Clemente.
Harriet Jacobs adapted by Lydia R. Diamond, from the book by Harriet Jacobs.
The K of D by Laura Schellhardt.
The Monster Under the Bed by Kevin Dyer.
Nocturnal by Ramón Esquivel.
The Judgment of Bett by R.N. Sandberg.
Pobby and Dingan adapted for the stage by Paula Wing, based on the novel by Ben Rice.
Balalatladi by Omphile Molusi.
The Transition of Doodle Pequeño by Gabriel Jason Dean.
The Boy at the Edge of Everything by Finegan Kruckemeyer.
Roald Dahl's James and the Giant Peach words and music by Benj Pasek and Justin Paul, book by Timothy Allen McDonald.
Gile na Gealaí/Melody of the Moon devised by Graffiti Theatre Company.
This Is Modern Art by Idris Goodwin and Kevin Coval.
Louise/the bears by Karin Serres, translated by Paula Wing.
When She Had Wings by Suzan Zeder.

This combined offer is not valid for bookstores.

The Transition of Doodle Pequeño By Gabriel Jason Dean.

The Transition of Doodle Pequeño is a magic-filled, multiple award-winning play for all ages about two boys who become friends in spite of their differences. It examines the consequences of misused language, provides insight into the lives of Mexican-immigrant children and interrogates the issues of gender-identity and homophobic bullying.

When She Had Wings By Suzan Zeder.

A story told in sound, movement and words about 9-year-old B, who is about to turn 10 and isn't happy about it! B knows, really knows, that before she could walk, she could fly, and is desperate to remember how. When a mysterious stranger that speaks in strange squawks appears, B wonders if this creature is a bird, a woman escaped from senior care unit or possibly Amelia Earhart ? Together they help each other remember how to fly … literally and metaphorically.

Even good kids can do bad things. Three high-school sophomores—Cisco, Ryker and Rolly—sneak out in the middle of the night to sabotage the senior prank and frame the freshman class for it. But Amelia, Cisco's best friend from childhood, has other plans for the trio. The foiled prank exposes the group's underlying tension and tests their loyalty to one another. This fast-paced, highly physical drama is about status, relational aggression and gender identity among teenage boys. 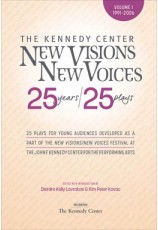 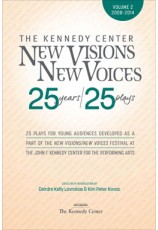