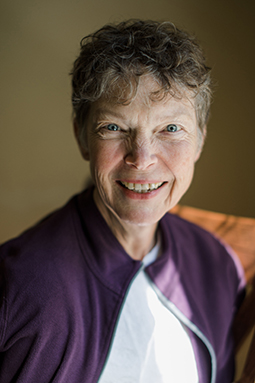 Laurie Brooks is a nationally recognized playwright, young adult fiction author and creator of the Interactive After-Play Forum. Awards include TCG's National Theatre Artist Residency Program with the Coterie Theatre, Kansas City, Mo.; AT&T Firststage Award; and three Distinguished Play Awards and the Charlotte B. Chorpenning Cup from AATE. Brooks' play The Wrestling Season was commissioned by the Coterie Theatre, developed at The Kennedy Center’s New Visions/New Voices festival, featured at One Theatre World and printed in American Theatre (November 2000). Deadly Weapons, The Tangled Web, The Riddle Keeper and The Lost Ones were commissioned by Graffiti Theatre (Cork, Ireland). Everyday Heroes and Selkie: Between Land and Sea were developed at The Kennedy Center’s New Visions/New Voices festival. Additional plays were commissioned by various theatres, including Arden Theatre Company in Philadelphia and Nashville Children’s Theatre. Brave No World: Community. Identity. Stand-up Comedy. and Jason Invisible were commissioned and premiered at The Kennedy Center. Her young adult novel, Selkie Girl, was published by Knopf Books for Young Readers in 2008. Brooks was an assistant professor at New York University (1995-2005) and resident playwright for the HYPE program at Alley Theatre in Houston. She has also been dramaturg and talkback leader for The Kennedy Center’s New Visions/New Voices festival. Her article “Put a Little Boal in Your Theatre: A New Model for Talkbacks” appeared in American Theatre, and she was a featured artist at the 2007 TCG National Conference at the Guthrie Theater. Brooks has also served as a site reporter and panelist for the National Endowment for the Arts and The Pew Charitable Trusts.