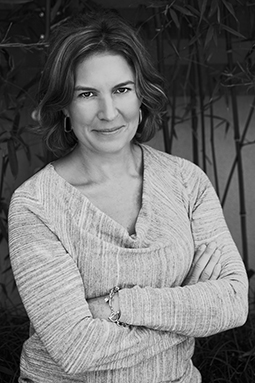 Karen Zacarías was recently hailed by American Theatre magazine as one of the most produced playwrights in the United States. Her plays include Destiny of Desire, Native Gardens, Mariela in the Desert, Legacy of Light, The Book Club Play and The Sins of Sor Juana; adaptations include Into the Beautiful North, Just Like Us and How the Garcia Girls Lost Their Accent. Zacarías has written 10 TYA musicals with composer Deborah Wicks La Puma including OLIVÉRio: A Brazilian Twist, Ella Enchanted: The Musical, Chasing George Washington: A White House Adventure, Einstein Is a Dummy, Looking for Roberto Clemente, Frida Libre, Jane of the Jungle, Cinderella Eats Rice and Beans, Ferdinand the Bull and The Magical Piñata. Her plays have been produced at the John F. Kennedy Center for the Performing Arts, Goodman Theatre, South Coast Repertory, the Guthrie Theater, Oregon Shakespeare Festival, Cincinnati Playhouse in the Park, Round House Theatre, GALA Hispanic Theatre, Denver Center for the Performing Arts, Dallas Theater Center and many more. Zacarías’ awards include the National Latina Playwrighting Award, the Helen Hayes Award for Outstanding New Play, the Francesca Primus Prize, the Stanford University Equity in Theater Award and The Strindberg Citation. She has also been a Susan Smith Blackburn Prize finalist among others. Zacarías is an inaugural resident playwright at Arena Stage in Washington, D.C., as well as a core founder of the Latinx Theatre Commons, a national network that strives to update the American narrative to including the stories of Latinos. She is the founder of Young Playwrights’ Theater, an award-winning theatre company that teaches playwriting in local public schools in Washington, D.C., and she is proud to be Arena Stage’s first resident playwright. Zacarías lives in Washington, D.C., with her husband and three children.

The Sins of Sor Juana

Einstein Is a Dummy

Einstein Is a Dummy

Jane of the Jungle

Jane of the Jungle