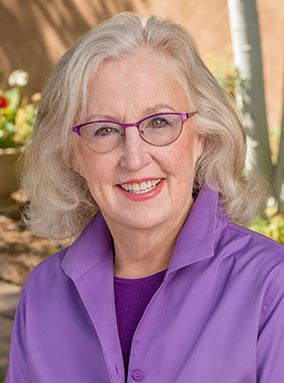 Suzan Zeder has been recognized nationally and internationally as one of the nation’s leading playwrights for family audiences. Her plays have been performed in all 50 states and many countries in Europe and Asia. She is a six-time winner of the AATE Distinguished Play Award. Her most recent play, When She Had Wings, was developed at New Visions/New Voices at the Kennedy Center and was originally commissioned by Imagination Stage in Bethesda, Md. She has also written the book and co-written lyrics for the musical Gretel! The Musical, which premiered in Austin in 2019. Currently, she is at work on a major musical titled The Battlefields of Clara Barton, which is about the civil war nurse, women’s rights activist and founder of the American Red Cross. It is in development with the American Music Theatre Project at Northwestern University and set to premiere in May 2020. Zeder has co-authored Spaces of Creation: The Creative Process of Playwriting with her husband, movement specialist Jim Hancock, which takes an innovative mind-body approach to many forms of creative work. In 2013, Zeder retired from the University of Texas at Austin, where she led the playwriting/directing program for more than 23 years and was the holder of an endowed chair in theatre for youth/playwriting. As president of the board of trustees of the Children’s Theatre Foundation of America, she helms an organization that provides grants to artists, bestows awards and funds collaborative activities in the field of theatre for young audiences. She now resides in Santa Fe, N.M.

Wiley and the Hairy Man

Wiley and the Hairy Man

The Ware Trilogy: Mother Hicks, The Taste of Sunrise and The Edge of Peace