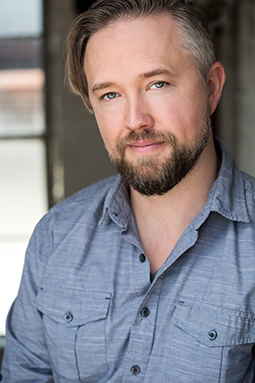 Gabriel Jason Dean’s plays have been seen or developed throughout the U.S. at theatres such as New York Theatre Workshop, Manhattan Theatre Club, McCarter Theatre, The Flea, the Oregon Shakespeare Festival, The John F. Kennedy Center for the Performing Arts and American Theatre Company. In Bloom was a finalist for the Laurents/Hatcher Award, received the Kennedy Center’s Paula Vogel Prize, and was runner-up for the Princess Grace. His play for children, The Transition of Doodle Pequeño received the AATE Distinguished Play Award, the NETC Aurand Harris Award and has been anthologized numerous times. Other notable plays include Terminus (2016 Austin Critic’s Table “Best Drama”) and Qualities of Starlight (2016 Broadway Blacklist, Kesselring Nominee). Fellowships include the Hodder Fellowship from Princeton University, the Dramatist’s Guild Fellowship and the Sallie B. Goodman/McCarter Theatre Fellowship. Dean is currently an affiliated writer at The Playwrights’ Center in Minneapolis and a usual suspect at New York Theatre Workshop. He earned his MFA at the University of Texas at Austin’s James A. Michener Center for Writers.

The Transition of Doodle Pequeño