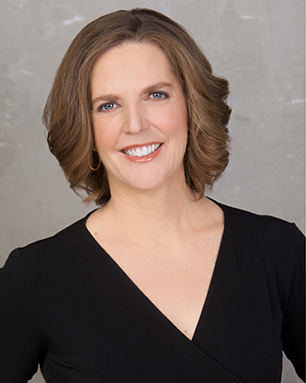 Deborah Wicks La Puma is a composer, music director and orchestrator. Her adult works include the lyric opera, Dakota Sky; the musical comedy, One Bad Apple; the pet-centric cabaret show, PetPourri; a Mexican folk musical entitled Perdita, based on Shakespeare's Winter's Tale; and Cornerstone Theater Company's Making Paradise: The West Hollywood Musical. Her many and diverse works for young audiences with playwright Karen Zacarías include Ella Enchanted (based on the book by Gail Carson Levine), OLIVERio: A Brazilian Twist (The Kennedy Center), Frida Libre (La Jolla Playhouse), Chasing George Washington: A White House Adventure (The Kennedy Center), Looking for Roberto Clemente (Imagination Stage) and Einstein Is a Dummy (premiered at the Alliance Theatre). With bestselling author Mo Willems she has created Elephant and Piggie’s: We Are in a Play (The Kennedy Center), and Naked Mole Rat Gets Dressed: The Rock Experience (Seattle Children’s Theatre). With playwright Doug Cooney, La Puma created Nobody's Perfect (based on the book by Marlee Matlin), a bilingual musical in English and American Sign Language, commissioned by Very Special Arts and the Kennedy Center. Upcoming 2019 premieres include She Persisted (based on the book by Chelsea Clinton) with Adam Tobin at Bay Area Children’s Theatre, and Don’t Let The Pigeon Drive the Bus: The Musical with Mo Willems at the Kennedy Center. She received her MFA from New York University's Tisch School of the Arts and her bachelor's degree from Stanford University, and she studied folk music with ethnomusicologist Alfredo López Mondragón. Her honors include the Jane Chambers Playwriting Award, an NEA New American Works Grant, two Parents' Choice Awards, and a Helen Hayes Award for Outstanding Musical Adaptation. A proud Mexican-American and "Navy brat" who grew up in Brazil, Portugal and California, La Puma is a member of TYA USA/ASSITEJ, ASCAP and The Dramatists Guild. Mother to three daughters and Mimi the Cat, La Puma lives in Southern California with her PR agent and loving husband, Chris.