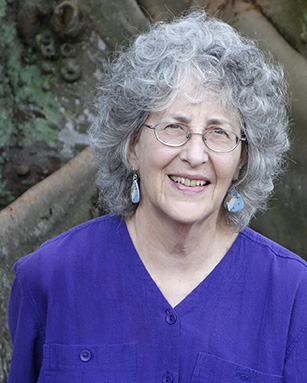 Sandra Fenichel Asher's plays have been produced nationally and abroad. Across the Plains, commissioned by The Coterie, Kansas City, Mo., was selected for the Kennedy Center's New Visions/New Voices Symposium. In the Garden of the Selfish Giant won the Indiana Repertory Theatre/Bonderman National Playwriting Symposium Award, the New England Theatre Conference Aurand Harris Playwriting Award and the American Alliance for Theatre and Education's Distinguished Play Award. A Woman Called Truth has been honored with the AATE Distinguished Play Award, the Indiana Repertory Theatre/Bonderman Award, an ASSITEJ Outstanding Play for Young Audiences citation and the Joseph Campbell Memorial Award presented by The Open Eye Theater. Jesse and Grace: A Best Friends Story, commissioned by Pollyanna Theatre, Austin, Texas, won a third AATE Distinguished Play Award. Walking Toward America, developed at NYU's New Plays for Young Audiences workshop and symposium at the Provincetown Playhouse, was chosen for the 2015 United Solo Festival in New York City. A recipient of a National Endowment for the Arts grant in playwriting, AATE's Charlotte Chorpenning Award for a distinguished body of work in children's theatre and an Aurand Harris Fellowship grant from the Children's Theatre Foundation of America, Asher is also the author of more than two dozen books for young readers and the editor of seven anthologies, among them With All My Heart, With All My Mind: 13 Stories About Growing Up Jewish (winner of the National Jewish Book Award for children's literature), and American Heartbeat: True Stories Told in Scenes and Monologues, an anthology published by Dramatic Publishing Company. Six of Asher's plays are anthologized in Tell Your Story: The Plays and Playwriting of Sandra Fenichel Asher. She is a member of the Dramatists Guild, Authors Guild, and Society of Children's Book Writers and Illustrators.

Across the Plains: The Journey of the Palace Wagon Family

Blackbirds and Dragons, Mermaids and Mice

Once, in the Time of Trolls

The Wise Men of Chelm

Romeo and Juliet—Together (and Alive!) at Last

In the Garden of the Selfish Giant

We Will Remember: A Tribute to Veterans

Today I Am! Five Short Plays About Growing Up Jewish

Everything Is Not Enough

To Life! Growing Up Jewish in America

Tell Your Story: The Plays and Playwriting of Sandra Fenichel Asher

The Princess and the Goblin

As She Likes It