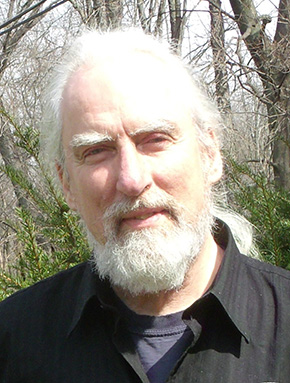 Max Bush is a freelance playwright and director whose plays are widely produced on professional, educational and amateur stages across the country. He has won many awards for his work including the Distinguished Play Award from AATE, the IUPUI National Playwriting Competition, and Individual Artist Grants from Michigan Council for the Arts. He has been commissioned by the Nashville Academy Theatre, Emmy Gifford Theatre (Omaha), Lexington Children's Theatre, Honolulu Theatre for Youth, Karamu House (Cleveland), Hartford Children's Theatre, Portland High School (Michigan), Circle Theatre (Grand Rapids), the Goodman/DePaul School of Drama (Chicago), Savannah Children’s Theatre, Grand Valley State University, Central Michigan University and the University of Northwestern (St. Paul). Published plays include: Ghost of the River House; Ezigbo, The Spirit Child; The Boy Who Left Home to Find Out About the Shivers; Kara in Black; An Identified Enemy; Puss in Boots; Rapunzel; Treasure Island; The Emerald Circle; Sarah and The Three Musketeers. In 1995, Meriwether Press published an anthology of 10 of his plays, and the American Alliance for Theatre & Education awarded him the Charlotte Chorpenning Cup for a nationally significant body of work for young audiences. In 2003, Grand Valley University presented him with the Distinguished Alumni Award. In 2016, Dramatic Publishing published What Remains and Other Plays for High-School and Youth Theatre, an anthology of eight plays for high-school actors and audiences.

The Chest of Dreams

Voices From the Shore

The Boy Who Left Home to Find Out About the Shivers

The Ghost of the River House

Hansel and Gretel: The Little Brother and the Little Sister

The Troll and the Elephant Prince

The Voyage of the Dragonfly

The Dancing Princesses or The Worn-Out Dancing Shoes

What Remains and Other Plays for High-School and Youth Theatre