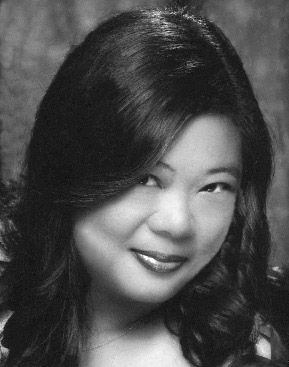 Elizabeth Wong, playwright, is a graduate of New York University's Tisch School of the Arts. She directed her latest play Dating and Mating in Modern Times at Theatre Emory in Atlanta, Ga and at the 2003 Brave New Works Festival. The Happy Prince, her opera for young audiences with Grammy-winning composer Michael Silversher, was commissioned by the Kennedy Center and performed on the millennium stage at the 2003 Prelude Festival in Washington DC.

Her play Kimchee & Chitlins: (A Serious Comedy About Getting Along) premiered at Victory Gardens Theatre in Chicago and her award-winning Letters to a Student Revolutionary premiered Off-Broadway, New York City. Other plays, include: Badass of the RIP Eternal, Punk Girls, and China Doll. She has just been commissioned by Honolulu Theatre For Youth to write Ibong Adarna, a play with songs, and by Denver Center Theatre to write an adaptation of Goloshes of Fortune to commemorate the 200th birthday of Hans Christian Anderson.

She is a member of PEN, Writers Guild of America, The Dramatists Guild, and newly-elected to the board of ASSITEJ. She lives in Los Angeles with her two cats inherited from the late great actress Claire Trevor. Her papers are archived at the Davidson Multi-cultural Library at the University of California in Santa Barbara where she teaches playwriting.

Kimchee and Chitlins: A Serious Comedy About Getting Along

Letters to a Student Revolutionary

China Doll (The Imagined Life of an American Actress)

Does My Head Look Big in This?