"A matter of life and death!" reads the telegram that urgently summons Damocles Cole, gentleman sleuth, to a dude ranch. It was death … Dam's client, Horace Crenshaw, has been both stabbed and shot. But Dam notices the telegram was sent after Crenshaw was already dead. Dam's ex-wife, Daphne, sent it. They're divorced because spunky Daph wrote a lurid murder mystery based on one of Dam's exploits. She even fashioned her detective hero on him. Dam was not flattered. Daph has lured him to the scene of the crime because she desperately needs a little inspiration for a sequel … and there's another reason—she's still in love with him. But Dam plays it close to the chest, both with Daph and the eccentric array of suspects: Lomax, Crenshaw's partner, whose voluptuous wife, Vera, was making a play for the deceased; Tex, the crusty cowboy owner of the dude ranch, heavily mortgaged to Crenshaw and Lomax; and, not least of all, Tommy Delbert, Crenshaw's playboy nephew, who blithely admits he hated his uncle's guts. And when Dam finds that Daph is Tommy's weekend date, he spares her neither his suspicions nor the third degree. Dam wades through clues, alibis, Daphne's helpful interference and a meddling country sheriff, Elmo "Moose" Lodge, with his own theories. But without spilling his cocktail or ruffling his tuxedo, Dam finally gathers all the suspects in a room for the final solution to both the mystery and his oddball romance with his ex-wife. If you love the wisecracks and witty repartee of The Thin Man films, you'll love Whodunnit, Darling?. The play is set in the 1930s, the era of the sophisticated sleuth.

No livestream rights are available for this title.

"It's a hit mystery!" -The Marketplace

"The show just seems to sparkle." -The Journal-Messenger

"The wry comedy-mystery … revives the notion of fashionable felons and flatfoots … quite an enjoyable work." -Herald-Leader 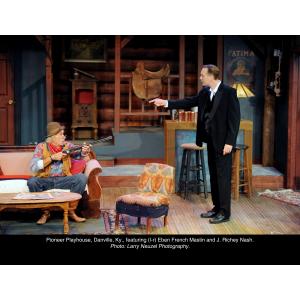 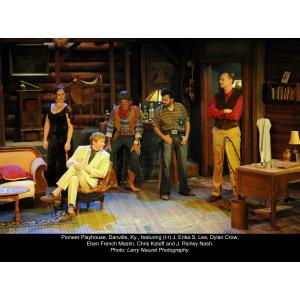 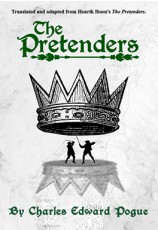