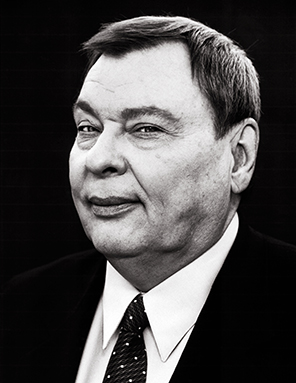 Larry Drake is best known for his portrayal of Benny Stulwicz, the developmentally disabled office clerk, on the long-running NBC television series L.A. Law. Among other honors, he won two consecutive Primetime Emmy Awards and earned three Golden Globe nominations for that role. In addition, Drake has appeared in dozens of other television and film roles, including: Boston Legal, 7th Heaven, Firefly, Johnny Bravo, Fantasy Island, Overnight Delivery (with Reese Witherspoon and Paul Rudd), Bean (with Rowan Atkinson), The Journey of August King (with Jason Patric and Thandie Newton), Darkman (with Liam Neeson and Frances McDormand), Darkman II: The Return of Durant, Dr. Giggles, Blind Geronimo and His Brother, Crossing Jordan, Six Feet Under, Nero Wolfe (with Timothy Hutton), Star Trek: Voyager, Runaway Virus, Prey (series regular), Dead Man's Gun, Beast (with William Petersen), The Outer Limits (with Marlee Matlin), One More Mountain (with Meredith Baxter), Murder in New Hampshire (with Helen Hunt), Tales From the Crypt and Dark Night of the Scarecrow (with Charles Durning). Drake also has a wide-ranging theatrical background. His versatility has been utilized in a variety of productions that include dramas, comedies and musicals. They span the spectrum from the classics to new play premieres. He has appeared in dozens of theatres around the country, including South Coast Repertory, San Diego's The Old Globe and the Dallas Theater Center among many others. Drake's forays into writing include the murder mystery/comedy Whodunnit, Darling? and the comedy Double Entendre with co-author Charles Edward Pogue.