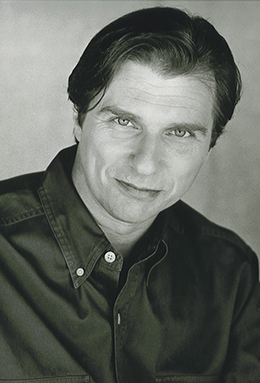 Charles Edward Pogue wrote the screenplays for The Fly and Dragonheart. Both films won Best Picture Saturn Awards. The Fly was hailed as a "masterpiece of horror" and also made the National Board of Review's top 10 of 1986. His novel of Dragonheart was published worldwide. Other films include D.O.A., Psycho III, the miniseries Hercules and three Sherlock Holmes films. The Sign of Four and The Hound of the Baskervilles featured Ian Richardson as the master sleuth. The Sign of Four won the Cattolica Mystery Festival, and Leonard Maltin called The Hound of the Baskervilles "the best version of the Doyle classic." The third Holmes movie, Hands of a Murderer, was acclaimed for its "snap, crackle and pop script." Pogue's Sherlock Holmes stage play, The Ebony Ape, was touted as a "stylish adaptation … done with panache." His prize-winning mystery/comedy, Whodunnit, Darling?, written with Larry Drake, has been celebrated as "bright, fast-paced and entertaining." He has also written highly praised adaptations of Moliere's Tartuffe, Feydeau’s A Flea in Her Ear and Ibsen’s The Pretenders. Onstage, Pogue has played many principle roles and supported such notables as Charlton Heston, Jeremy Brett, Tony-winner Deanna Dunagan and Cyd Charisse. His fierce advocacy for writers’ creative rights elected him to two terms on the Writers Guild of America Board. His latest work includes film adaptations of two H. Rider Haggard classic novels, She: A History of Adventure and The World's Desire. He has recently completed Shadow King, a historical play about Richard III.