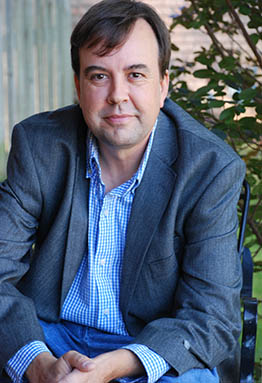 Werner Trieschmann is a playwright, director and theatre instructor. His 20 published plays have been produced across the United States and many other countries including Australia, Canada, India, Italy, Japan, New Zealand, Romania, South Korea and the United Kingdom. His play Disfarmer was produced by Arkansas Repertory Theatre for the inaugural ACANSA Arts Festival of the South in 2014. Trieschmann’s play All I Really Need to Know I Learned by Being in a Bad Play is a bestseller with Dramatic Publishing. He was writer and director for the world-premiere production of Mozart: Revealed and Schubert: Revealed with the Fort Wayne Philharmonic in Fort Wayne, Ind. His monologues have appeared in The Best Women's Stage Monologues 1999 and Audition Arsenal for Women in Their 20s, published by Smith & Kraus. Trieschmann was awarded the 2013 Arkansas Arts Council Individual Artist Fellowship in Literary Arts: Playwriting. His play Lawn Dart won first prize in the Contemporary Arts Center of New Orleans New Play Competition. He was the first playwright to receive the Porter Prize, an Arkansas literary award recognizing outstanding achievement by an Arkansas writer. A native of Hot Springs, Trieschmann earned his MFA in playwriting from Boston University and currently teaches theatre, film and creative writing at the University of Arkansas—Pulaski Technical College. He holds a bachelor’s degree in English from Hendrix College.

You Have to Serve Somebody

The Cell Phone Rings for Thee

At the Frog Fountain

Paper or Plastic: The Ice Storm