Our office will be closing at 3:00 pm CST on Friday, May 27 and will be closed Monday, May 30 in observance of Memorial Day. We will reopen on Tuesday, May 31 at 8:30 am. See our updated To Kill A Mockingbird announcement. | Ship times are not guaranteed. Learn More. 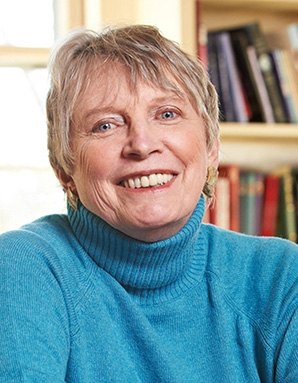 Born in Honolulu in 1937, author Lois Lowry attended elementary school in Pennsylvania, junior high school in Tokyo and high school in New York. She went to Brown University and the University of Southern Maine, and, in addition, holds honorary doctorates from six universities. Currently she lives in Maine.

Twice the recipient of the Newbery Medal, given each year for the most distinguished contribution to children's literature by an American author, Lowry has also received the Regina Medal, the Dorothy Canfield Fisher Award, the Mark Twain Prize, the Boston Globe-Horn Book Award, the Bank Street College Award, the National Jewish Book Award, the Chicago Tribune Book Award and countless other honors for her work. She has twice been the United States nominee for the 2004 Hans Christian Andersen Medal.

Her more than 40 books have been translated into 27 languages, and in 1996, her award-winning novel The Giver, called in translation Le Passeur, was chosen by the children of Belgium and France as their favorite.

In addition, several books have been adapted for film and stage, and The Giver has also become an opera. Lowry has traveled around the world, speaking to children in Spain, Germany, Belgium, Luxembourg, Indonesia, Japan, New Zealand and Australia about the importance of literature and imagination in their lives.

Lowry is a mother, a grandmother of four and has worked as a photojournalist as well as a writer of fiction.