What's it like to be peered at by hungry humans? Studied like a microbe under a glass? Chosen to be someone's dinner entree? Such is the predicament of Harry and Stu (or Liz and Angela), two lobsters who find themselves in the tank of a seafood restaurant. Harry is a crustacean who's been around the tank a few times. He's cleverly devised a "dead" act. Frozen in position, starey-eyed, claws rigidly akimbo, the "dead" pose is meant to ward off hungry diners and send them scurrying off to order the stuffed flounder or the filet of sole. Enter Stu, a lobster of a more philosophical bent. When Harry explains the rationale behind his act, Stu observes, "If you spend all your time acting like you're dead, what's the point of being alive?" Harry's not exactly a deep thinker, but he knows that if he doesn't try to fool the humans on the other side of the glass, he'll end up in the stewpot or the broiler; people are the ones who hold the dreaded tongs. But Stu reveals a little-known theory: humans are in a tank, too, and they face their own risks. They won't end up impaled on little forks, but they sometimes do stupid things that bring about their own destruction. Unlike animals empowered by instinct, humans must choose. For some, Stu says, it's a recipe for disaster. Why? Because they're afraid. The lobsters consider the idea that humans are really afraid of them. Maybe that's why people keep them bound up in rubber bands. So what's going to happen to the two priciest items on the menu? "None there be can rehearse the whole tale," says Stu, quoting a line from a Dead Sea Scroll. "One thing's certain," Harry says. "If the day ever comes when lobsters have dominion over people .... they're going to need an awful lot of rubber bands."

This title is in manuscript format. Upon licensing, a permission to photocopy form will be issued.
Related Titles 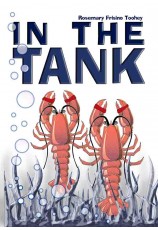 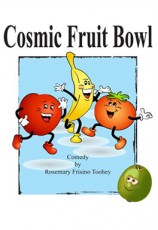 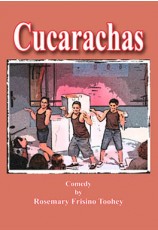