The Rememberer tells the true story of Joyce Cheeka, a young Squaxin Indian girl, who is forcibly taken from her home and placed in a government-run school in 1911. As the chosen "rememberer" for her tribe—an honor passed down to her from her grandfather, Mud Bay Sam—it is Joyce's duty to pass on the stories, history and wisdom of her people. However, the aims of the white boarding school are quite the opposite. Their job is to eliminate any trace of Joyce's heritage. Through her friendship with the headmaster at the school, and with the help of her "spirit guide," Joyce succeeds in forming a bridge between this new world and the world of her ancestors. Through her patience, grit, humor, curiosity and inclusiveness of spirit, she does honor to the words of her elders: "Each day is a gift. And to waste that day is inexcusable. Account for yourself. Be useful." Joyce Simmons Cheeka lived a remarkable, heroic and, indeed, useful life. Ages 7 and up.

Per the author, feel free to substitute a Native American language from your own community in place of the Squaxin dialect called for in the script. He doesn't want to discourage any theatre from tracking down the actual Squaxin—but it is very difficult, even when in full consultation with the tribe, as he was when he premiered the show. Cecil Cheeka, Joyce Simmons Cheeka's son, agrees with this approach. He voiced that the events of this play happened nationally to many other tribes, and so it is appropriate to use the Native language of your choice. Mr. Cheeka has offered to assist producing groups with information and can be reached at 360-352-7227. Other possible resources include the Daybreak Star Cultural Center in Seatttle and the Squaxin Museum in Shelton, Washington. Again, as great as it is to have the actual dialect, he feels strongly that this should not be an impediment to production. Therefore, if another native tongue is used—and used accurately and respectfully—it will absolutely serve the wishes of the play and its author. On the music: same note. Find the Squaxin if possible, but feel free to use other Native melodies (which are more readily available than finding differing languages; most CD stores will have Native American music of some kind) that suit the needs of the production.

"Sensitive treatment of important material. It is tight and so well writtenÑthe flow is great. We were able to relate this to experiences of local tribes and made this performance into a community festival by working with an art gallery that exhibited native artwork."
Review by Sue Dorsch, Attic Theatre, Appleton, Wis.
"I think it is a wonderfully written, poignant play."
Review by Laura Hamilton, Latin School of Chicago, Chicago, Ill.
"A beautifully written play about an important topic. We incorporated a great deal of educational and sensitivity training, including speakers from a local Native American nation; this helped the actors to gain greater respect and understanding. The production was moving, beautiful and well received. It was a challenge for middle-school actors but an exciting and achievable one."
Review by Kristen Hall, Lincoln Public School, Lincoln, Mass.
"Takes you on a journey across time to a fascinating world whose very existence is imperiled. To 'remember' is a way to keep it alive, and it is the young who must carry it forward."
Review by John Dillon, Director, ShenanArts

"Wagon and haircutting scene are very short and do not warrant the expense of building wagon and purchasing wigs, etc. for cutting scene. Running time of play can be shortened. We accomplished this by easy flow transitions with flute and drum."
Tip by Linda Hughes, Amarillo College, Amarillo, Texas
"We used a circle of memory painted on the floorÑalso a scrim and a cyclorama so we could project shadows. It worked very well."
Tip by Sally Childs, Jon Hassler Theater, Plainview, Minn.
"Do contact both local Native American groups and Squaxin/Coast Salish organizations. Their guidance and information was essential to our creating a sensitive and detailed production."
Tip by Kristen Hall, Lincoln Public School, Lincoln, Mass. 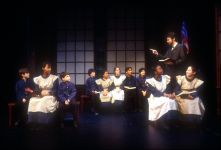 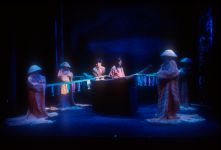 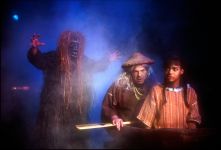 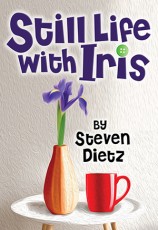 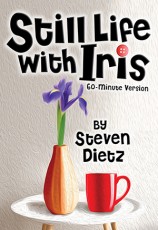 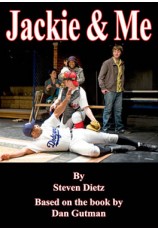 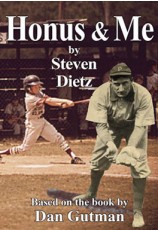 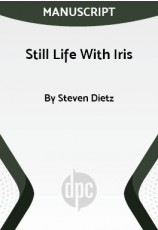