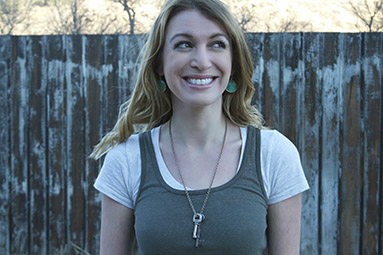 Victoria Sayeg is a freelance writer, poet, storyteller, director and producer from Los Angeles. She became involved in theatre as a child actor at South Coast Repertory in Costa Mesa, Calif., continuing at the Young Artists Ensemble in Thousand Oaks, Calif. Shortly thereafter, her interest turned to writing. In 1997, her work was first published in the Anthology of Poetry by Young Americans. Sayeg has written and directed three children’s plays, Wanda the Psychic Wombat, Farmageddon and the Undercover Crop and Polly Wants a Curtain Call. She co-founded The Coalition One Act Festival for young actors at the Hillcrest Center for the Arts, where she wrote, directed and produced two one-act plays. In 2012, Sayeg’s short story Itch was one of 14 pieces of literature selected from a nationwide call for entries and exhibited at Art on the Boulevard in Fort Worth, Texas, during their annual “Art and Words” exhibit, where she performed the piece during opening night gala. Sayeg was invited to open the 2014 Buddy Wakefield World Tour, performing her poem “Moonstone” in Thousand Oaks. She has also been featured on the popular podcast “Two Truths and a Lie” and has a standing invitation as a storyteller for Repertory East Playhouse in Santa Clarita, Calif. Sayeg is frequently published in Citizen Brooklyn, the first online publication dedicated exclusively to emerging creative culture in Brooklyn, and is a long-time lyricist for the pop-punk band Stay Gone based out of Lille, France. She co-wrote the film Refuel, which won an IndieFEST Award of Merit, and continues to write and develop film and documentary projects.