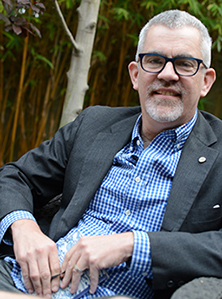 Stephen Gregg’s play This Is a Test helped define a genre of one acts when it appeared in 1988, and it continues to be one of the most produced one-act plays in the country. Since then, he has published more than 20 plays for secondary schools to perform, including Small Actors, One Lane Bridge, The New Margo, S.P.A.R., Twitch and Wake-Up Call. His full-length play Crush appeared on the mainstage of the International Thespian Festival in 2016, and Trap appeared on the main stage of the festival in 2018. He has received a Jerome Fellowship from the Playwrights’ Center of Minneapolis, the Actors Theatre of Louisville’s Heideman Award for best 10-minute play (A Private Moment) and the International Thespian Society’s Founders Award for service to youth and theatre. Crush was developed during a residency at the William Inge Center for the Arts. He is a member of the Writers Guild America West and Lab Twenty6 writers group. Gregg teaches himself to write plays, one tweet at a time. He lives with his husband, Todd, in Venice Beach, Calif.

Postponing the Heat Death of the Universe

This Is a Test

Why Do We Laugh?

This Is a Text

This Is a Test (Online Theatre Edition)