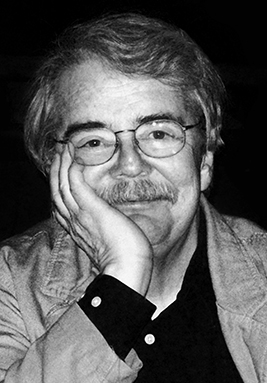 Philip Grecian's authorized stage adaptation of the film A Christmas Story has had well over 1,000 productions, professional and amateur, since its publication in 2000. His stage adaptation of Dickens' A Christmas Carol has been on the boards for 40 years, and his full stage adaptation of It's a Wonderful Life has been produced multiple times by North American professional theatre companies-notably the Arts Club Theatre Company in Vancouver, British Columbia-while his staged radio version of the same story has been broadcast on both radio and television and continues to be produced in theatres throughout the United States and Canada.

Grecian is an alumnus of Creede Repertory Theatre, a professional company in Colorado. He continues to maintain a connection with Creede, which has produced several of his plays and has featured him as a returning guest performer. He has worked as a writer/director for film, video and audio production, and his televised live radio version of Dracula earned an Emmy in 2010, as well as a Videographer Award of Excellence and a Platinum Hermes Creative Award.

Other works include The Dragon of Nitt and The Lion and the Lyre (both translated and performed in Russia); the authorized stage production of In His Steps, a drama; Little Pills, a farce; Toby Saves the Farm, a musical salute to tent shows; and a translation of Mozart's opera, The Magic Flute. His staged and televised radio dramas, in addition to Dracula (Emmy winner) and It's a Wonderful Life, include Twisted Tales of Poe (winner of a Gold AVA Digital Award), A Christmas Carol, The Hound of the Baskervilles (nominated for an Emmy and winner of a Telly Award), The Blood Countess, Frankenstein, The Invisible Man and others. His work has been produced at the Cleveland Play House; Arts Club Theatre Company; Actors Theatre of Louisville; Geva Theatre Center, Rochester, N.Y.; Orlando Repertory Theatre; San Jose Repertory Theatre; Theatre Orangeville, Ontario; Theatre IV, Richmond, Va.; Theatre New Brunswick, Canada; Alabama Shakespeare Festival, Montgomery, Ala.; The Repertory Theatre of St. Louis; Pioneer Theatre Company, Salt Lake City; Manitoba Theatre Centre, Winnipeg, Manitoba; Portland Center Stage; and Syracuse Stage, among others.