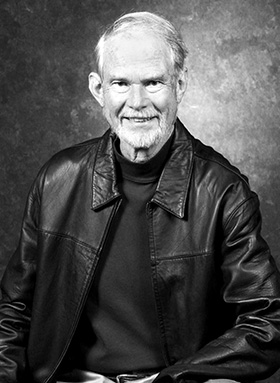 Joseph Robinette is a Tony Award nominee and Drama Desk Award nominee for the libretto of the acclaimed A Christmas Story, The Musical. He is the author or co-author of 55 published plays and musicals. His works have been produced at the Lunt-Fontanne Theatre, The Theater at Madison Square Garden and Lincoln Center for the Performing Arts in New York City, the 5th Avenue Theatre in Seattle, the Goodman Theatre in Chicago, the BBC in Britain, in all 50 states and in 21 foreign countries. Twelve of his works have been translated into foreign languages, and another five have been anthologized. Robinette collaborated with E.B. White on the authorized stage version of Charlotte's Web, and he wrote the musical version with Charles Strouse (Annie and Bye, Bye, Birdie). Other dramatizations include The Lion, the Witch and the Wardrobe, Anne of Green Gables and Debbie Macomber's A Gift to Last and The Inn at Rose Harbor. He is the recipient of the American Alliance for Theatre and Education's Distinguished Play Award for Sarah, Plain and Tall and the Children's Theatre Foundation of America medallion for his "body of dramatic works for family audiences in the United States and beyond."

The Adventures of Peter Rabbit and His Friends

The Adventures of Peter Rabbit and His Friends

Ashes, Ashes, All Fall Down

Get Bill Shakespeare Off the Stage!

Humpty-Dumpty Is Missing! or The Mysterious Case of the Fallen Egg

The Just So Stories

The Just So Stories

The Lion, the Witch and the Wardrobe

Melissa and the Magic Nutcracker

The Phantom of the Opera

The Planet of the Perfectly Awful People

A Rose for Emily

Showdown at the Sugar Cane Saloon

The Trial of Goldilocks

The Trial of Goldilocks

The Trial of the Big Bad Wolf

The Trumpet of the Swan

Agatha Raisin and the Quiche of Death

The Day the Rooster Didn't Crow

Chanticleer and the Fox

The Fantastic Return of the Fabulous Fable Factory

I Never Saw Another Butterfly

Open House at Hightower U.

Penny and the Magic Medallion

The Inn at Rose Harbor

A Gift to Remember