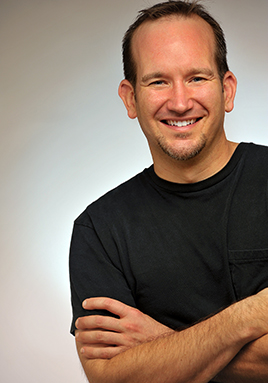 Brian Guehring is the award-winning playwright in residence of the Omaha Theatre Company for Young People, where he has premiered many productions including The Grocer’s Goblin and The Little Mermaid, Holidays Around the World and Julie of the Wolves. His adaptations of Where the Red Fern Grows and Old Yeller and his original theatre-in-education play, The Super Adventures of Pyramid Man and Dr. Nutrition, won AATE (American Alliance for Theatre & Education) Unpublished Play Project Awards. His script The Bully Show was selected for the 2002 New Visions/New Voices workshop at the Kennedy Center. His adaptation of The Misfits was honored by the Omaha World-Herald. The Many Disguises of Robin Hood, Sherlock Holmes and the First Baker Street Irregular, The Brave Little Tailor, Stronger Than Strong: Great American Tall Tale Heroines, King Chemo and The Bully Show are published by Dramatic Publishing Company, and his short play Mindless Drooling Teenage Zombie Bullies is included in the Dramatic Publishing anthology The Bully Plays. Guehring is also the education director of the Omaha Theatre Company and served on the national boards of TYA/USA and Pride Youth Theater Alliance. He was honored with the Orlin Corey Medallion Award from the Children’s Theatre Foundation in 2017. His teen theatre troupe, Pride Players, won a Human and Civil Rights Award from the National Education Association in 2006. Guehring earned his M.F.A. in theatre for young audiences from the University of Texas at Austin.

The Many Disguises of Robin Hood