Journey into the Appalachian Mountains in this award-winning musical that deftly weaves six traditional tales and original music into a keepsake quilt of mountain lore and wisdom for the whole family. Three "Jack tales" feature the resourceful, clever Jack who climbs a wonder-bean tree to find giants in the sky, who lands himself a job despite his foolishness and who wins the heart of Featherflight, the magical daughter of a devilish trickster. "Catskins" is a spunky Appalachian Cinderella. "The Enchanted Tree" is a beauty-and-the-beast love story between a lost girl and a frightening crow. And in a zany, sung-through "Sow and Her Three Pigs" plucky Nancy the pig outsmarts the hungry fox. This musical play incorporates singing, mountain dances, music and giant puppets to create a highly theatrical storytelling style. The score, which interweaves music throughout the tales, is inspired by "Old Time" Appalachian music featuring fiddle and banjo that drives the play's action and makes music itself a character in the play. Nominated for five Helen Hayes Awards, it was commissioned and originally produced by Theater of the First Amendment, George Mason University's professional theatre in Fairfax, Virginia. The Washington Times described the show as "excellent entertainment for viewers of all ages, offering adventure, romance, drama and comedy." The original cast recording was the winner of the Parent's Guide Award for Children's Media and the Oppenheimer Toy Portfolio Award. Sing Down the Moon has enjoyed success on professional, community, university and youth theatre stages.

"This show was an absolute delight to produce. It is funny, heartwarming, and so flexible ... . I highly recommend this gem of a show."
Review by Sandra Krueger, The College of The Albemarle, Elizabeth City, N.C.
"Sing Down the Moon is a creative show and was well received by the students and audiences. The quality of the material speaks for itself, as a group of 6-8th graders who were expecting and hoping to do a well-known Disney Jr. Musical, fell in love with this previously unknown-to-them show and completely bought into the whole experience. It was the perfect show for our cast and our situation this year."
Review by Susan Obergefell, St. Mary of the Assumption School, Mentor, Ohio
"Sing Down the Moon is a vibrant, funny show for all ages. The stories are fun and easy to produce! The children in our audience loved the stories and characters; our adults loved the beautiful music. Our play received rave reviews by all who saw it!"
Review by Kerri G. Huffman, North Stanly High School, New London, N.C.

"We used silks and tangrams on a jungle gym-like set to weave the stories together, and it was tremendously well received. "
Tip by Sandra Krueger, The College of The Albemarle, Elizabeth City, N.C.

"Excellent entertainment for viewers of all ages, offering adventure, romance, drama and comedy." -The Washington Post 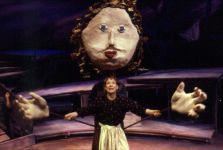 The College of The Albemarle, Elizabeth City, N.C. 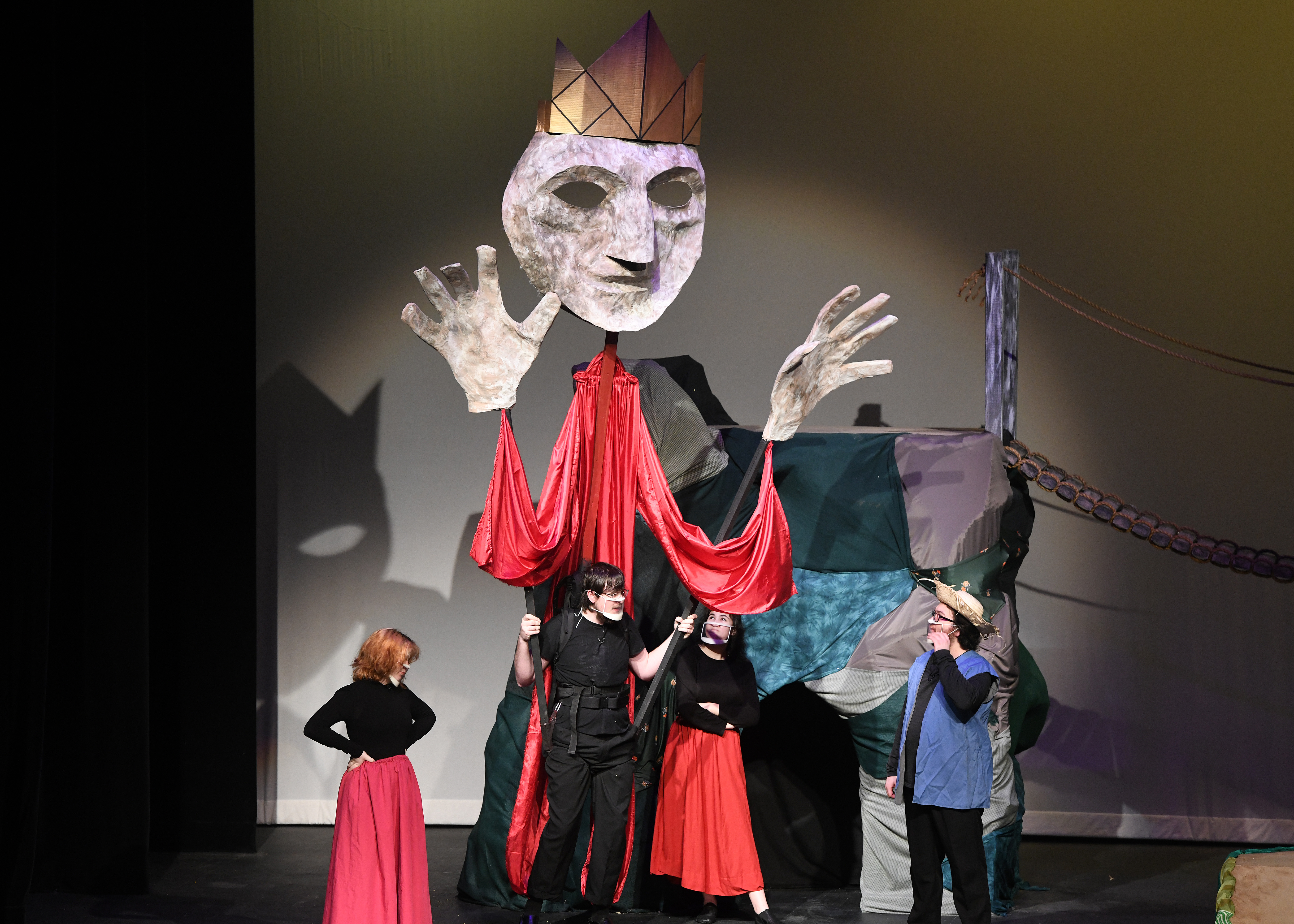 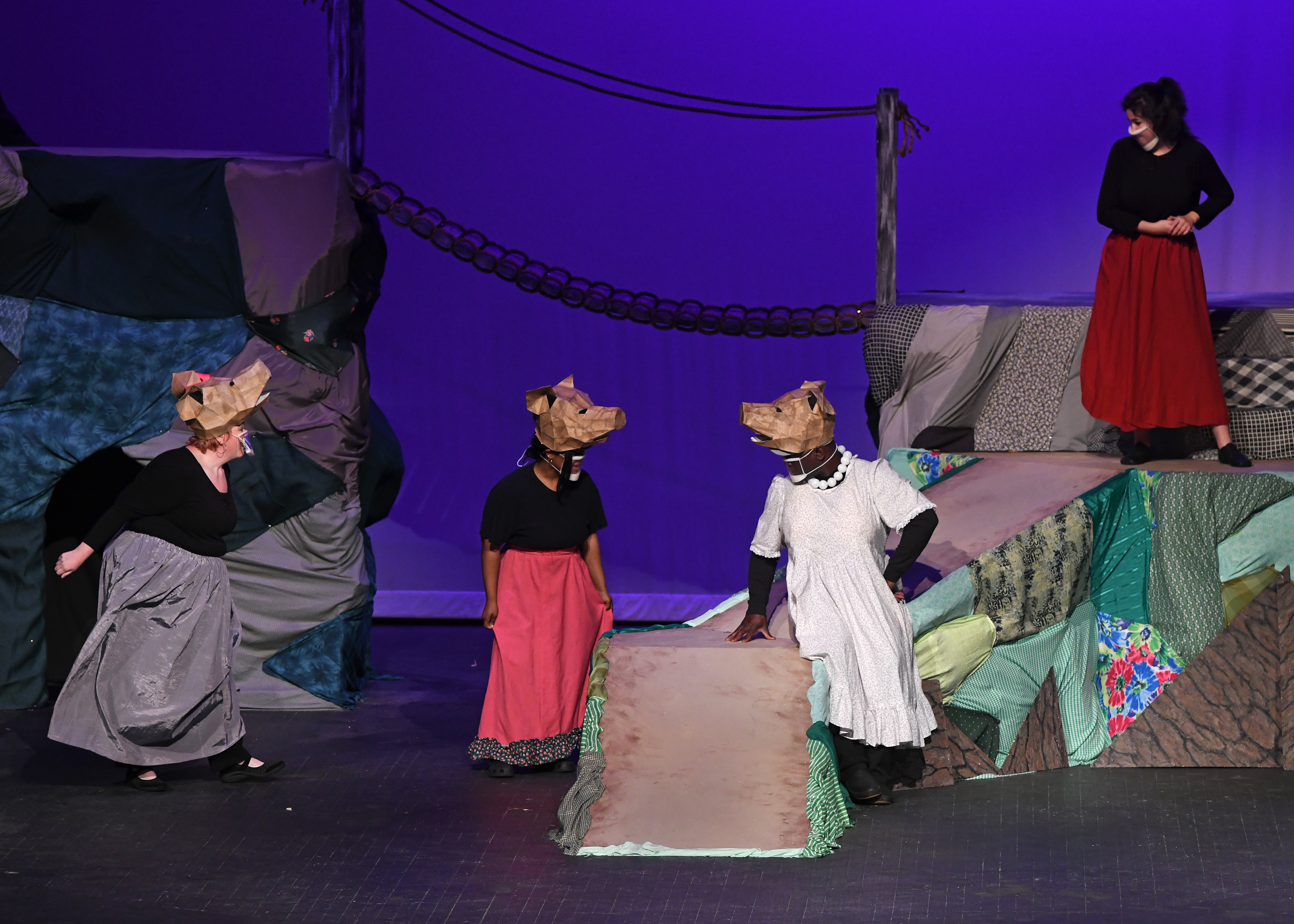 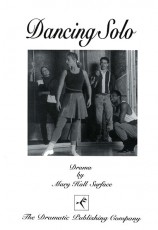 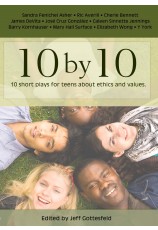 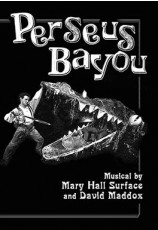 Perseus Bayou: The Search for the Cajun Medusa 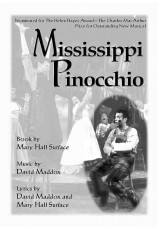 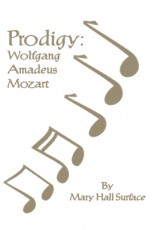 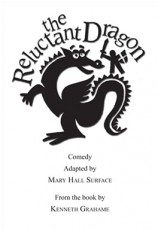 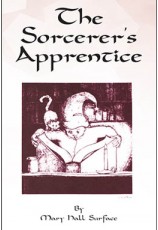 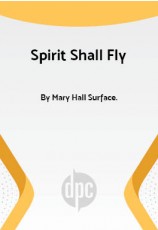