columbinus, a play sparked by the April 1999 massacre at Columbine High School in Littleton, Colo., is a meeting of fact and fiction that illuminates the realities of adolescent culture by exploring the events surrounding the shootings. The play weaves together excerpts from discussions with parents, survivors and community leaders in Littleton as well as police evidence to bring to light the dark recesses of American adolescence. When columbinus premiered in 2005 at the Round House Theatre, Peter Marks of the Washington Post called it, "An ambitious examination of the suburbanization of evil," and the play went on to receive five Helen Hayes Award nominations including the Charles MacArthur Award for Outstanding New Play. Following the off-Broadway opening at New York Theatre Workshop one year later, Variety proclaimed: "This one comes straight from the gut—a wrenching return to the 1999 massacre at Columbine High School in which 12 students and a teacher were killed when two senior classmates went on a shooting rampage. The United States Theatre Project's smart and sensitive treatment of the event, which traumatized a suburban Colorado community and shocked the entire country, stirs up thought and feeling in this clean ensemble production, drawn from interviews, public records and the private diaries of the shooters."
Read an Excerpt
Related Titles

"The show went very well. The audience received the material openly. Everyone remarked how well written the play was. We would definitely produce this play again."
Review by Andrew Benvenuti, The Drama Club, NYC, N.Y.
"This examination of the ecosphere of the average American high school presents an anonymous portrait of high school life in the fictionalized first act, before focusing in detail on the devastating events at Columbine in the second. columbinus probes the psychological warfare of alienation, hostility, and social pressure that goes on in high schools across America.
"
Review by Joel Ewing, The Yard, Chicago, Ill.
"... Columbinus weaves together excerpts from discussions with parents, survivors and community leaders in Littleton as well as diaries and home video footage to bring to light the dark recesses of American adolescence."
Review by Joel Ewing, The Yard, Chicago, Ill.

"The technical elements for this show are quite heavy. The amount of cues makes it similar to putting on a musical. This is also a true ensemble piece!"
Tip by Staci Sabarsky, Innovocative Theatre, Lutz, Fla.
"Don't get caught up in the literal staging. Be creative. There is much room for interpretation within the text, while still remaining faithful to the authors vision and intent."
Tip by Andrew Benvenuti, The Drama Club, NYC, N.Y.
"Ensure that you have proper resources and support systems available to navigate your actors and artistic team through this challenging and potentially triggering material and content."
Tip by Joel Ewing, The Yard, Chicago, Ill.
"Don't fall into the traps of making Dylan and Eric the absolute enemy. Humanize, make them real, show their vulnerability!"
Tip by Garry Lee Posey, Ensemble Theatre of Chattanooga, Chattanooga, Tenn.

"An unnerving study in adolescent angst, columbinus relentlessly paints a bold picture that bears witnessing &#8230 it merges the facts of the Columbine massacre with a harrowing impression of what life is like in high schools today." -Star-Ledger

"A powerful and important piece about the churning rage that's all too likely to bubble over again one day." -New York Post

"This one comes right from the gut … highly theatrical and deeply disturbing." -Variety

“What’s most powerful in this show … is that we see the degrees of alienation, insecurity and rage that lives in some degree in all the kids we meet.” —Chicago Tribune 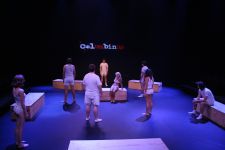 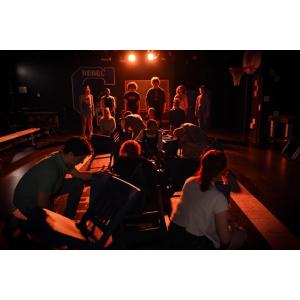 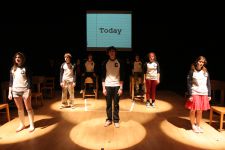 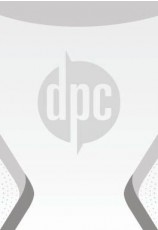