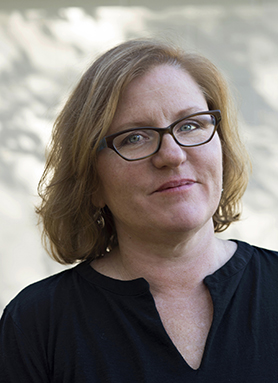 Tammy Ryan is a playwright and librettist whose work has been performed across the United States and internationally. She was awarded the Francesca Primus Prize by the American Theatre Critics Association (ATCA) in 2012 for her play Lost Boy Found in Whole Foods (Premiere Stages/Writers Theatre of New Jersey). Molly’s Hammer premiered at The Repertory Theatre of St. Louis in 2016 and was nominated for the St. Louis Theater Circle Award, the ATCA Steinberg Award and the Susan Smith Blackburn Prize. Other plays include Soldier’s Heart (Pittsburgh Playhouse), Tar Beach (Luna Stage) and The Music Lesson (Florida Stage, winner of AATE Distinguished New Play Award). Her work has been supported by the New Harmony Project, the National New Play Network, the Virginia Center for the Creative Arts, the Hambidge Center, the Sewanee Writers’ Conference, the Pittsburgh Foundation and the Greater Pittsburgh Arts Council. Ryan is a member of the Dramatists Guild and a resident playwright of New Dramatists class of 2025.

FBI Girl: How I Learned to Crack My Father's Code