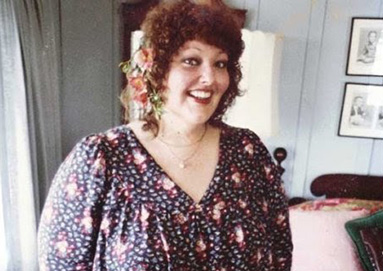 Saundra Mathews-Deacon was Born in Fort Sam Houston, Texas and an Austin resident until 1955, Mathews-Deacon moved to Orange County, California to attend college where she studied theater and oral interpretation and performed her first acting role as Amanda in Tennessee Williams' The Glass Menagerie.

She later taught college acting classes and adapted and directed world premieres of poet Lynn Sukenick's Houdini and her own Mirror, Mirror, an early work that was later professionally-produced. She was a member of southern California's South Coast Repertory regional theater where she joined the acting company and served as a resident director. She appeared with composer Tony Tenille in the SCR production of Mother Earth which toured the state.

Other SCR credits include roles in the world-premiere of The Who's Tommy, Moliere's The Misanthrope and The Tavern. She co-founded the experimental Open End Theatre in Newport Beach and Anaheim's Summer Music Repertory where she performed in Carnival, 110 in the Shade and Oliver. She also appeared in Night of the Iguana at the Tustin Playhouse, The Amorous Flea and A Man for All Seasons at the Laguna Moulton Playhouse and at the Odyssey Theatre in Los Angeles where she starred in husband Warren John Deacon's drama The New Bijou Soft Shoe.

Though she spent her early career as a performer, acting coach and director, it was as a playwright that Mathews-Deacon first captured national attention when she won a Los Angeles Times critics' award for the first of three Magic Theatre children's plays which she authored and directed.

The innovative trilogy, funded by South Coast Repertory and a National Endowment for the Arts grant, was controversial in its candid exploration of previously forbidden subjects in children's theatre, including death, anger and childhood sexuality. But critics, child psychologists, children and their parents quickly embraced the plays and they continued to be performed at SCR and on tour for over two decades.

A favorite in the Dramatic Publishing Company catalog, the Magic Theatre series has been translated into several languages and continues to be performed throughout the world by professional and amateur companies alike. It's not unusual for elementary, high school and college drama instructors to produce the plays again and again, as each new crop of students is captivated by Magic Theatre. Over 500 productions have been presented in the past two decades.

Mathews-Deacon's early training included piano lessons and operatic studies, and she later returned to these interests. She performed on an album of Emily Dickenson lyrics set to music by composer William Wood, and created and appeared in You Remind Me of a Friend, a musical that was considered a watershed in the exploration of popular feminist issues. Sylvie Drake, theatre critic of the Los Angeles Times, called it "...the first piece of its kind to come of age, to lay the medium on us rather than the message. What message there is comes out as entertainment. At last."

Other critics added their raves and, despite complex themes and a raw directness that pervades much of Mathews-Deacon' work, the show skyrocketed to box office success, running for more than six months.

Mathews-Deacon was also a voice-over artist and an accomplished oral interpreter of poetry. Her 26-part Earbook series is considered a seminal work by English literature experts and enthusiasts. An anthology of her readings of modern poets, produced for public radio, the series continues to air in the U. S. and enliven college literature classes around the world. Singing and composing occupied her professionally until her death in 1981.