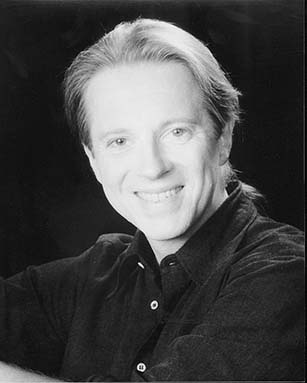 Robert Johanson has been the artistic director of the Paper Mill Playhouse, the highly acclaimed State Theatre of New Jersey for over ten years. At Paper Mill, he has directed The Wizard of Oz (which transferred to The Theatre at Madison Square Garden in New York City), as well as the world premieres of Sayonara, Mikado Inc., The Prisoner of Zenda, Comfortable Shoes, and his own dramatization of Jane Eyre, Great Expectations and A Tale of Two Cities, as well as Gigi, Nine, To Kill a Mockingbird, Amadeus, Phantom, Robert and Elizabeth, Fanny, Oliver!, South Pacific, Shenandoah, Mack & Mabel, Annie Get Your Gun, Carousel, Guys and Dolls, Side by Side by Sondheim, 1940's Radio Hour, 1776 and Showboat (shown on PBS's "Great Performances"). For the New York City Opera, Johanson has directed his adaptations of the classic operettas Desert Song, The Merry Widow (aired on "Live From Lincoln Center"), and New Moon ("Crest Performances," PBS). His all-star production of Rodgers and Hammerstein's Cinderella was also a tremendous success at New York City Opera. At Paper Mill, he has directed and starred in The Secret Garden, Peter Pan, Candide, Roar of the Greasepaint, Camelot, Jesus Christ Superstar and played Tobias in Sweeney Todd at Paper Mill and at New York City Opera. On Broadway, he acted in Shenandoah and directed Canterbury Tales. Among Johanson's published writings are his stage adaptations of Great Expectations, A Tale of Two Cities, Mikado Inc., The Merry Widow, Tall, Rumpelstiltskin and Jane Eyre.