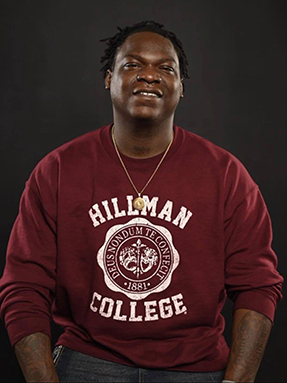 Willie “Prince Roc” Round is a songwriter, playwright, actor, videographer, mentor and hip-hop artist hailing from the West Side of Chicago. He has performed across the country and opened for Grammy Award-winning artist Lil Wayne as well as Gucci Mane. Round does extensive outreach in the North Lawndale neighborhood in Chicago (also known as “The Holy City”) and has mentored inner-city youth as part of the College Mentoring Experience as well as part of his own youth movement called MUD LIFE (Motivating the Urban to be Determined). Round produced a mini-documentary for Collaboraction’s Peacebook Festival titled This is North Lawndale. He made his acting debut in Lookingglass Theatre Company’s hit play Her Honor Jane Byrne written and directed by Nicole Brooks. He holds a bachelor’s degree in communications- broadcast media from Central State University.