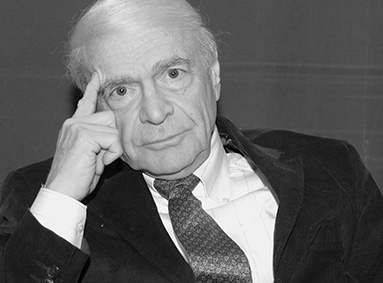 Through Indiana University of Pennsylvania, Jules Tasca has taught playwrighting at Oxford University in England, and he has performed with a commedia dell’arte group in central Italy. He is the author of more than 125 (full-length and one-act) published plays that have been produced in numerous national theatres from the Mark Taper Forum to the Bucks County Playhouse, as well as abroad in England, Ireland, Austria, Germany, South Africa, Canada and Australia. He has also written for radio and television. He scripted The Hal Linden TV Special. His plays La Llorona and Maria were produced on National Public Radio. Other one-act pieces were broadcast in Los Angeles and abroad in Germany. He was the national winner in New York’s Performing Arts Repertory Theatre Playwriting contest for his libretto in The Amazing Einstein, which toured the country and played at The Kennedy Center in Washington, D.C. He has adapted the stories of Oscar Wilde, Guy de Maupassant, Mark Twain, Robert Louis Stevenson, Chekhov and Saki and has modernized Aristophanes’ Ecclesiazusae (Women in Congress). He has written new versions of Hamlet and Macbeth. His libretto for C.S. Lewis’ The Lion, the Witch and the Wardrobe had its world premiere in California, played in London and New York and is currently touring nationwide. For his play Theater Trip, he was the recipient of a Thespie Award for best new play, and Old Goat Song won a Drama Critic’s Award in Los Angeles. His plays The Spelling of Coynes, The Death of Bliss, Deus-X, Birth of Theater, If Hamlet Had Been a Reading and The Rapture of Mammon have been included in the Best American Short Plays Anthology, and his recent play March Madness—Shhh! is included in the current anthology. His tragic piece The Balkan Women won the prestigious Barrymore Award for best play. His Christmas play The Grand Christmas History of the Andy Landy Clan was broadcast on 47 National Public Radio stations. Tasca received a grant from the Pennsylvania Council of the Arts to develop a new theatrical form, the Eurhythmy, a system of movement, language, music and sound. His tragedy Judah’s Daughter received the Dorothy Silver International Playwriting Award. He won first prize in the Bucks County Writers’ Club Screenwriting Contest. His piece Live Drawing is about the relationship between Leonardo da Vinci and the Mona Lisa and has been published by Dramatic Publishing Company. Tasca’s play The Mission, which played at New Theatre in Florida, received a Silver Palm Award from the South Florida Theatre League for best new play. Art Lover, the story of the theft of the Mona Lisa,was produced as part of the 2011 Philadelphia International Festival of the Arts. His anthology Chekhov’s Ladies has been published by Samuel French, and Dramatic Publishing has published his anthology An Evening With Sherlock Holmes. Tasca is a member of New York’s Dramatist Guild.

An Evening With Sherlock Holmes