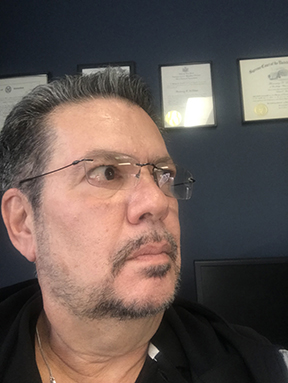 John Mattera has been writing for Dramatic Publishing since 1980. His full-length adaptation of Dracula continues to be widely produced in the United States and Canada. His other full-length adaptation with Dramatic is Time After Time, from the novel of the same name by Karl Alexander. His other plays with Dramatic Publishing include the one-acts: An Open and Shut Case, Abra Cadaver and Frankenstein. Mattera had the privilege of working with Richard Matheson on producing a stage version of I Am Legend. Another of his’s full-length plays, The Mirror of Dori Gray, won the Shubert Fendrich Memorial Playwriting Contest. Mattera’s other works include numerous short stories: Open Season, Thirst, The Girl in the Bikini, Resusci Annie, Turbulence, Maladjusted, Charades, Monkeys Have Been Known to Die, Better Dead than Norm, The Piano Player Has No Fingers, Bitch, Divine Intervention and Fortune Cookies. He has worked with emotionally disturbed adolescents for most of his adult life and is currently a full-time writer. Mattera is a member of the Dramatists Guild and Horror Writers of America.

An Open and Shut Case