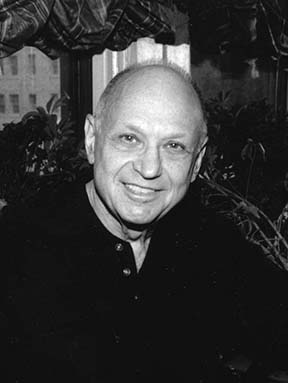 Charles Strouse's first Broadway musical, Bye Bye Birdie (1960), won him a Tony award and the London Critics Best Foreign Musical award. In 1970, Applause, starring Lauren Bacall, achieved the same honors and his smash hit, Annie (1977), also won a Tony for Best Score as well as two Grammy awards. Some of his other musicals include All American; Golden Boy (starring Sammy Davis Jr.); It's a Bird, It's a Plane, It's Superman; I and Albert, directed in London by John Schlesinger; and Dance a Little Closer, written with Alan Jay Lerner. Charlie & Algernon won a 1981 Tony nomination for Best Score, as did Rags in 1987 and Nick and Nora in 1992. He wrote both the music and lyrics for off-Broadway's Mayor, and teamed again with Martin Chamin to create Annie Warbucks, the sequel to Annie.

His film scores include Bonnie & Clyde, The Night They Raided Minsky's and All Dogs Go to Heaven. "Those Were the Days," the theme song for TV's All in the Family, is a Strouse song, with lyrics by his most frequent collaborator, Lee Adams. "Born Too Late," a 1958 pop song written with Fred Tobias, was a top-10 BILLBOARD chart hit and is still being heard on the oldies stations.

A major hit, the BILLBOARD quadruple platinum song by Jay-Z, "Hard Knock Life (Ghetto Anthem)," won the 1999 Grammy for Best Rap Album and soared on the charts for well over a year. The CD won the BILLBOARD 1998 R&B Album of the Year award.

Strouse's far-ranging talents include chamber and orchestral works, a piano concerto and operas. Nightingale, an opera based on the Hans Christian Andersen story for which he wrote music, book and lyrics, has been performed worldwide.

Strouse is a graduate of the Eastman School of Music, where he taught master classes in musical theatre. He also studied in France with Nadia Boulanger. Through the ASCAP Musical Theatre Workshop in New York, which he created and directed since its inception 15 years ago, countless young composers, writers and performers have found a forum for their work. In 1999 ASCAP presented Strouse with their coveted Richard Rodgers award for his achievement in musical theatre.

Strouse was commissioned in 2001 to write Concerto America for the pianist Jeffrey Biegel. The work will be performed throughout all of the 50 states across the United States.

Television has adapted his classic Bye Bye Birdie (1995), for which Strouse won a 1995/96 Emmy for Outstanding Individual Achievement in Music and Lyrics, for a new song written for and performed by Vanessa Williams: "Let's Settle Down." A 1999 television adaptation of Annie won two Emmy awards and is still being praised as the highest Nielsen rating of any TV musical. A production of Rags closed in the West End in the fall of 2001 following an earlier Guildhall production in the spring.

Future projects for the stage:
A new stage version of The Night They Raided Minsky's, which Charles Strouse originally scored for film is heading for Broadway. It has a book by Evan Hunter and lyrics by Susan Birkenhead. The show will be directed by Jerry Zaks. It went into production at the Ahmanson Theatre in Los Angeles, August 2002. A musical adaptation of the Paddy Chayevsky film Marty, with words by Lee Adams, book by Rupert Holmes, is scheduled to star John C. Reilly. A musical adaptation of Theodore Dreiser's An American Tragedy has lyrics by Lee Adams and book by the late David Shaber.