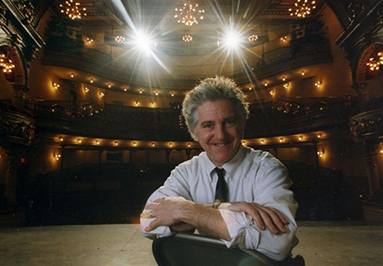 Barry Kornhauser’s theatre honors include the Children’s Theatre Foundation of America’s Orlin Corey Medallion, American Alliance for Theatre & Education (AATE) Charlotte Chorpenning Cup, Helen Hayes Award for Outstanding Play (Cyrano), Ivey Playwriting Award (Reeling), Bonderman Playwriting Prize (Worlds Apart) and three AATE Distinguished Play Awards (This Is Not A Pipe Dream, Balloonacy and Corduroy). His youth theatre program for teens living with disabilities and other life challenges was honored at the White House as one of the nation’s top arts-education initiatives. Closer to home, Kornhauser was named “Artist of the Year” at the 2017 Pennsylvania Governor’s Awards. Kornhauser’s plays have been commissioned and produced by such Tony Award-winning stages as the Children’s Theatre Company, La Jolla Playhouse, Alliance Theatre, Denver Center for the Performing Arts and Shakespeare Theatre Company at the Harman Center for the Arts, as well as the John F. Kennedy Center for the Performing Arts, the Smithsonian Institute’s Discovery Theatre and other prominent TYA theatres across the nation. Other venues include colleges and universities, national conferences, festivals from New York to California—perhaps most notably New Visions/New Voices (Power Play), and internationally as far afield as Australia and Myanmar. Over the years, Kornhauser has conducted theatre residencies everywhere from a one-room Amish schoolhouse to universities across the county. He has received grants and fellowships from the National Endowment for the Arts, TYA/USA, Doris Duke Charitable Foundation, MetLife Foundation, Mid-Atlantic Arts Foundation, Pennsylvania Council on the Arts and Pennsylvania Performing Arts on Tour.

This Is Not a Pipe Dream

A Child's Garden of Verses