In a quirky, reimagined version of the American South in the ’50s, the Yoo-Hoo girl is a shy, eccentric romantic fond of her fantasies and of instant foods (Rice-A-Roni, Jell-O, Salisbury steak TV dinners, etc.), movie star magazines, Elvis and, of course, Hank Williams. Her neighbors? They’re pretty dreamy and eccentric too: the shy, stuttering paperboy; big, loud Amy; and the eccentric old lady Madeleine (aka “Batty”), who is prepared to wait out a nuclear strike in her basement with old Sears catalogs and lemonade to sustain her. Life here is strange and simple, but it becomes stranger, more complicated and more real when a seductive salesman turns up at the Yoo-Hoo girl’s house. At first, the Yoo-Hoo girl thinks she’s met the man of her dreams—a smooth-talking and world-weary gentleman, seemingly made up of lyrics from old romantic songs, spinning a thousand stories of the big world outside, a world that the Yoo-Hoo girl has never seen. The two fall in love, and the salesman decides to stay awhile. Finding herself isolated from her friend, neighbor Amy descends into a spiral loneliness, self-delusion and arguments with her cat. She seeks comfort in the most unlikely of places—with the witchy town eccentric, Batty. In a moment of crisis, Batty takes Amy in, and the two women find solace and company in each other. Meanwhile, the paperboy circles the town on his route, observing the comings and goings of the population (perhaps a little more closely than he should) and nursing his unrequited love for the Yoo-Hoo girl. But the salesman has changed—no longer the gentleman, he’s revealed a darker side—territorial, angry and exhausted from years spent on the road trying to make a living. In a solitary moment, the paperboy confesses his feelings to the Yoo-Hoo girl, and the two prepare to escape, only to be confronted by the salesman, with dark and bitter consequences. Filled with powerful, poignant and highly original monologues and scenes, Yoo-Hoo and Hank Williams is a dark, absurdist delight. 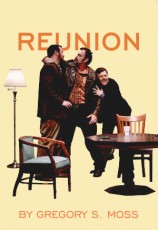