Electric City Suite is a cycle of six one-act plays originally written for radio and telling the story of a quirky Scranton, Pennsylvania, snack delivery man and his family from 1921 to the present. The Amazing Goldin…and the Regeneration of the Punjabs: It's 1921, backstage at Scranton's famous Poli Theater. Danny McBride, the 12-year-old son of a coal miner, meets Horace Goldin, a mysterious magician, and makes an unusual but heartfelt request. Orbiting Scranton: It's February 20, 1962, and astronaut John Glenn is about to become the first American to orbit the earth. Dan McBride is now a grandfather, and a lifetime of working in the mines has ruined his health but not his spirit. Today, he's watching the news coverage with his grandson, "Bolts," a chubby, lonely 12-year-old home suffering from "bully flu." As Colonel Glenn prepares for his adventure, Dan gives Bolts something which will help prepare him for his own life's "great adventure." Mixed Nuts and Bolts: Halloween, 1991, at Jimmy's, a neighborhood bar in Scranton where the regulars gather for beer and darts. Don Polosky's wife has just left him and their young daughter. Hurt and angry, Don has retreated to Jimmy's to figure out what's happened to his life. His brooding is shattered by the arrival of a loud, jovial stranger—snack delivery man Bolts Dennehy. Paris of the Lackawanna: Fifteen years later, best friends Bolts and Don enjoy an afternoon of fishing. Don is in a foul mood. His daughter, Maggie, is moving to Chicago to marry a man she's just met on the Internet. As Don struggles with the imminent departure of his beloved daughter, Bolts offers his friendship—and some typically colorful advice. A Journey Standing Still: At the airport awaiting the arrival of her estranged daughter, Maxine Stofko falls into conversation with Louise Carney, a world traveler and self-described blabbermouth. As the two strangers pass the time, Louise reveals the sad truth of her adventures, and Maxine confides her conflicted feelings for her new acquaintance—snack man Bolts Dennehy. First Dance in Your Dreams: Back at Jimmy's, part-time bartender Don is preparing for the lunch-time crowd when Bolts barrels in with a snack delivery and an unusual request—he needs Don to teach him to dance so he can impress his new girlfriend, Maxine. 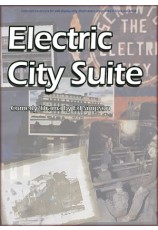 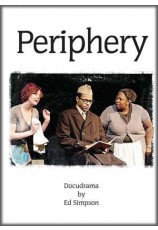