Inspired by the amazing tale of Wonder Woman’s real-life genesis, Lasso of Truth explores the knotty origin story of our preeminent female superhero. William Marston is a truly improbable character in American history: psychologist, author and inventor of both the lie detector—a precursor to our modern polygraph—and Wonder Woman.  It comes as only a slight surprise to learn that Marston was a bondage enthusiast. The early Wonder Woman comics involve a great deal of capture and tying-up, not to mention the veracity-forcing Lasso of Truth. More surprising is the revelation that he lived with two women in a large blended family: his wife, Elizabeth, and Olive Richards, his research assistant. These two amazingly strong, forward-thinking and iconoclastic women together served as the inspiration for Wonder Woman.  This unusual family romance is the perfect proving ground for the play’s overarching questions of truth and verifiability, especially in matters of the human heart. We follow two intertwined stories: one set in the 1930s and ’40s, with the trio responsible for Wonder Woman’s creation, and one set in the 1990s, with a girl trying to track down both All-Star Comics #8 and some answers about her childhood heroine. This smart, seductive, wild ride of a play features an eclectic cast of characters, hand-drawn comic panels, visitations from a beatific Gloria Steinem and a chorus of tantalizing voices in the dark. Is Marston the king of his own exclusive harem, or has he fallen in love with two women who may care more for each other than for him? Can Wonder Woman remain a source of empowerment, strength and pride despite her potential origins as a bondage fantasy creation? Can we ever know the truth of another’s heart? Or our own?

“Kreitzer’s complex and daring creation plays out like a tightrope act—taut and dangerous, but breathtaking as well.” —Star Tribune

“Lasso of Truth is a cavalcade of ideas and images, a mash-up of the zany and the profound, escapism and soul-searching, troubling and affirming, and worth every intriguing minute.” —Talkin’ Broadway

“What a gathering of modes, messages, and social history! There is enough going on to keep even Wonder Woman on her booted toes.” —Talkin’ Broadway

“Society's mores are put under the looking glass, expectations placed on men and women are called into question, and the inherent value of truth above all else is expounded.” —Talkin’ Broadway

“The triad’s interplay both in and out of the bedroom is endlessly fascinating and legitimately sexy.” —Minnesota Playlist

“Carson Kreitzer’s script creates a warm, relatable portrait of a non-nuclear family for whom Wonder Woman represented not just a creative outlet nor a cash cow, but a chance to change the world for the better.” —Minnesota Playlist

“Lasso of Truth stands as a fitting tribute to one of pop culture’s most enduring heroines, with all of the triumphs, flaws and unorthodox origins that entails.”  —Minnesota Playlist

“Kreitzer has a keen ear for dialogue, and her themes of truth and power, love and betrayal, art and artifice slice through the production like Wonder Woman’s legendary lasso.” —The San Francisco Examiner 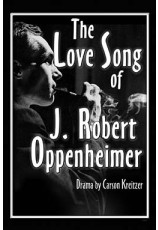