River City leaps back and forth in time between Civil Rights-era Louisville and today. We begin in Chicago, in the present. Mary is mourning the death of her father, a reticent man named Edward Christopher. Prompted by a "responsibility to history," she travels back to her hometown to uncover her roots. The play transports us to 1968. A 14-year-old Edward is the only black child at St. Benedict Orphanage. His guardian, Sister Alice, sets him up with a job at Deeley Radio Repair, a shop in Louisville's predominantly black West End. Edward's employer Whitney Deeley, an activist and reluctant businessman, enlists Edward to help organize a rally against police brutality. But when the rally turns into a violent uprising, a family secret comes to light: Whitney is Edward's biological father. Back in the present, Mary and her husband, Javier, are at odds. Mary has extended her trip to Louisville hoping to find a clue into her father's past. But her investigation may be cut short—Javier has just opened his own restaurant in Chicago and isn't keen on his pregnant wife living in another city. Act II begins in 1974, six years after the Louisville riots. Whitney has adopted Edward, and white businesses have fled the West End, leaving abandoned buildings and falling property values in their wake. Edward wants to move the radio shop to the prosperous East End, but Whitney refuses. They argue fiercely, and Edward storms out—for good. Mary searches for Whitney. Finally, she finds him working in the same location he used to—only now the radio shop has been leveled and replaced by a Family Dollar store. Mary speaks to her grandfather for the first time.

The author donates all her royalties from this play to Black Lives Matter-Louisville.

“With compassion, humor, and hope, it explores what it's like to live in a supposedly post-racial world, rejecting the limitations of labels yet yearning for roots.”  —NUVO

“A stimulating, exciting evening of theatre ... a riveting, powerful piece of work.” —www.broadwayworld.com

“Spectacular characters … deeply-imagined humans full of quirks and foibles that are entertaining in their own right.” —LEO Weekly 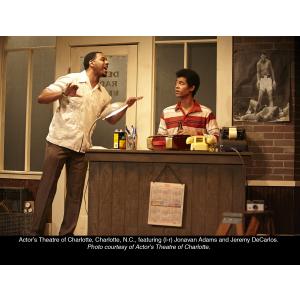 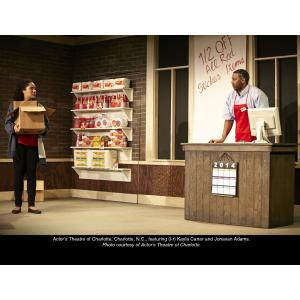 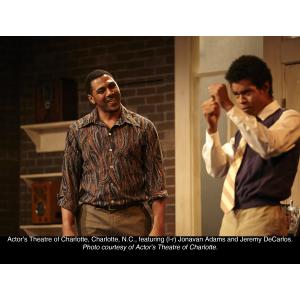