"His tone has that intimate, elusive, near-tragic, near-comic sound of the Negro blues, and is equally defiant of analysis" is how a critic described this work by Langston Hughes, who mentions Paul Lawrence Dunbar, Carl Sandburg and Walt Whitman as his main literary influences. As a young man, Hughes participated enthusiastically in the activities of the Karamu Players in Cleveland, and later he was to found Negro theatres in Harlem, Los Angeles and Chicago. He wrote a number of plays and musicals before creating what he calls "the Gospel Song-Play" … which is Black Nativity. First performed at the York Theatre and then at President Kennedy's International Jazz Festival, it went on to cause a sensation at the Festival of Two Worlds at Spoleto, Italy. A New York Times critic reporting from Spoleto wrote, "Sophisticated Italian audiences greeted Black Nativity with enthusiasm, taking part in the singing and hand clapping and insisting on curtain call after curtain call." The staid Rome newspaper Il Tempo wrote, "The elegant festival public appeared to have forgotten itself, lost in this rhythmic wave that overwhelmed it, an integral part itself that bound stage and auditorium in a mystical fusion." In London, Oslo, Brussels, Copenhagen and Rotterdam, Black Nativity triumphed before its return to New York and the then-new Lincoln Center. Black Nativity is designed for you to add the music of your choice (from spirituals to traditional carols or your original compositions) and dance. This thrilling holiday piece will have your audiences on their feet!

No livestream rights are available for this title.

The optional rented music is based on the 1961 Broadway production and does not fully match the playbook.
Read an Excerpt View Score Excerpt

"The script is wonderful and very moving. It's the classic Nativity story with soul added to it."
Review by Charlotte Quandt, Soulful Arts Dance Academy, St. Petersburg, Fla. 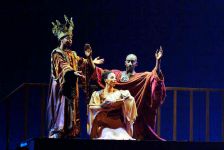 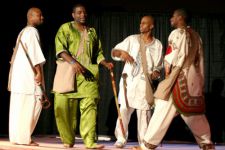 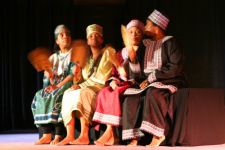 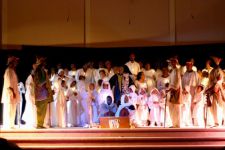