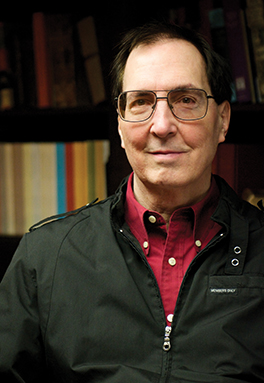 William Baer, a recent Guggenheim fellow, has received an AACT NewPlayFest Award, the James Wilson Playwriting Award and the New Works of Merit Playwriting Award. His plays have been produced or read at more than 30 American theatres including the 13th Street Theatre in New York City, Chicago Dramatists and the Metropolitan Playhouse of New York. His first full-length play, The Amistad Case, was selected as one of six finalists for the 1997 Dayton Playhouse FutureFest, and, after its first production during the festival of new works, it was produced by both the Acrosstown Repertory Theatre in Gainesville, Fla., and the Florence Little Theatre in Florence, S.C. In 2013, Three Generations of Imbeciles was produced at Cuyahoga College in Cleveland and was subsequently chosen for the Kennedy Center American College Theater Festival in Saginaw, Mich. In 2015, Lighthouse, as a recipient of an AACT NewPlayFest Award, was produced at the Windsor Playhouse in Windsor, Colo. Morons, his popular short play, was chosen as “best in show” at the Camino Real Playhouse’s ShowOff Festival. It has had previous performances at Playwrights’ Circle in Palm Springs, Calif.; the Fells Point Corner Theatre in Baltimore; and the Last Frontier Theatre Conference in Valdez, Alaska. A former Fulbright in Portugal, Baer has been the recipient of an NEA Creative Writing Grant for fiction. He’s a graduate of Rutgers University, New York University, Johns Hopkins University and the University of Southern California. Baer is the author of 20 books, including Times Square and Other Stories, Classic American Films: Conversations with the Screenwriters, Conversations with Derek Walcott and Elia Kazan: Interviews.