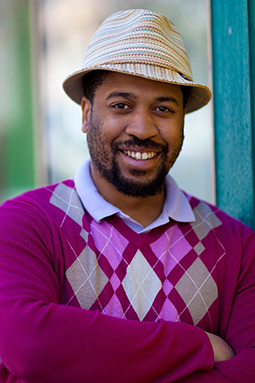 Thomas Bradshaw's plays have been produced at regional theatres, in New York City and in Europe. Job was produced by The Flea Theater in the fall of 2012 and revived in the winter of 2013. In 2011, Burning ran to rave reviews off-Broadway at The New Group in New York. The Goodman Theatre commissioned and produced Mary. The Bereaved, produced by Partial Comfort Productions, was named one of the best plays of 2009 in Time Out New York and was a Critics' Pick for The New York Times. The Bereaved was subsequently produced at the State Theater Bielefeld in Germany and presented in Berlin. In 2008, two of Bradshaw's plays premiered in New York City: Southern Promises at Performance Space 122 in September and Dawn at The Flea Theater in November. Both were listed among the Best Performances of Stage and Screen for 2008 in The New Yorker. Purity, Prophet, Strom Thurmond Is Not a Racist and Cleansed were produced in New York City and Los Angeles. A German translation of Dawn was presented at Theater Bielefeld in Germany in October 2008 and published by Verlag Theater der Zeit in that same month. Bradshaw received his MFA from Brooklyn College's playwriting program with Mac Wellman. He is a professor of playwriting at Northwestern University. He has been featured as one of Time Out New York's 10 playwrights to watch and as one of PAPERMAG's Beautiful People and received the Best Provocative Playwright Award by the Village Voice. He has received fellowships from the Lark Play Development Center, Soho Rep. (Dorothy Streslin Playwriting Fellow) and the New York Theatre Workshop. He was the playwright in residence at the Soho Theatre in London in February 2009, where he wrote The Ashes. Bradshaw has received commissions from the Soho Theatre, Goodman Theatre, Soho Rep., The Flea Theater, Theater Bielefeld, Partial Comfort Productions, CENTERSTAGE and the Manhattan Theatre Club. He is the recipient of a 2009 Guggenheim Fellowship, the 2010 Prince Charitable Trust, the Lark Play Development Center's New York/New Voices fellowship for 2011 and the Foundation for Contemporary Arts Award for 2012. Bradshaw is creating a television series for HBO and Harpo Films. In addition, he is also working on the screenplay adaptation of Uncle Tom's Cabin. "Perhaps more than any American dramatist working today, Mr. Bradshaw walks-no, make that tramples-the lines that divide the good, the bad and the plug-ugly, both in art and in life. He aspires to amuse, shock, disgust, enlighten, bore and titillate you all at the same time. And as you watch his work, you may find it hard to distinguish which ingredients in this cocktail of responses swim closest to the surface." —Ben Brantley, The New York Times