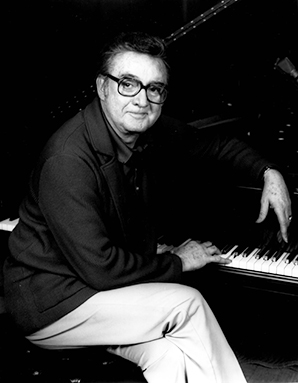 Steve Allen (1921-2000) In the 1920s, 1930s and 1940s the single most talented individual in the entertainment world was Noel Coward, who achieved great success as an actor, vocalist, pianist, author, composer, lyricist and director. During a visit to our shores in the early 1950s, Sir Noel described Steve Allen as "the most talented man in America." Andy Williams once said, "Steve Allen does so many things, he's the only man I know who's listed on every one of the yellow pages." It is, in fact, difficult to believe there was only one Steve Allen. The creator and original host of the Tonight show, Allen was the only TV comedian from the Golden Age of Comedy who continued to make frequent TV appearances. His 46 published books include The Bug and the Slug in the Rug, The Man Who Turned Back the Clock and Murder on the Atlantic (all 1995); Reflections (1994); and The Murder Game, More Steve Allen on the Bible, Religion & Morality, Book II and Make 'em Laugh (1993). Allen starred on Broadway in The Pink Elephant and in motion pictures, most notably Universal's The Benny Goodman Story. He wrote more than 5,700 songs including "This Could Be the Start of Something Big," "Picnic," "Impossible," "Gravy Waltz" and "South Rampart Street Parade," as well as the score for several musicals including the Broadway production of Sophie and the CBS-TV version of Alice in Wonderland. He made some 40 record albums including the May 1993 release of Steve Allen Plays Jazz Tonight for the Concord Jazz label. He starred in the critically acclaimed NBC-TV series The Steve Allen Comedy Hour; created, wrote and hosted the Emmy award-winning PBS-TV series Meeting of Minds and was inducted into the TV Academy's Hall of Fame. In 1993, Allen became Abbot of the world-famed Friars Club, succeeding Milton Berle, and in 1994 the Museum of Television and Radio honored him with a six-month retrospective of his work. He was married to actress-comedienne Jayne Meadows.