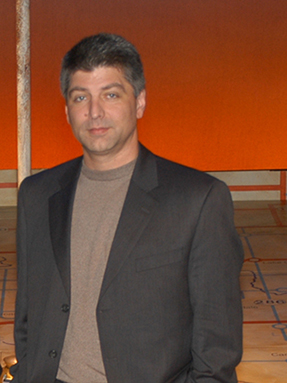 Spike Manton was born on a farm in far upstate New York, but his parents soon moved the family to a bustling metropolis of almost 2,000 people, where he grew up in a standard 1960s family unit of four kids, two parents and one station wagon. As child number three, Manton is very familiar with the seating location known as "the way back." After graduating from Bradley University, he moved to Chicago, quit his Procter & Gamble sales job, got married and began a career in standup comedy. Standup led to cable TV shows like An Evening at the Improv and appearances on MTV and Comedy Central. More importantly, it led to a career in Chicago radio, where Manton spent 10 years hosting on FM talk shows and sports talk shows on ESPN Radio. Along the way, he has been creating and producing original works with his writing partner, Tim Clue. Leaving Iowa is their best example of executing that plan to date, although they have many projects at various stages of production. Manton lives in Chicago with his wife, Tami, and their two children, Mickey and Samantha.