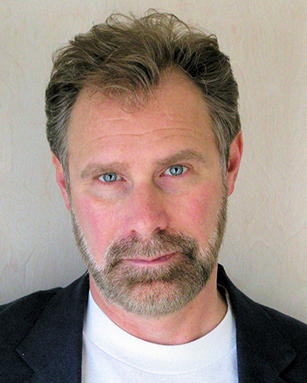 Ron Kaehler is a playwright, lyricist and composer originally from Chicago and currently residing in New York City. He is the librettist and co-lyricist (with composer Albert Evans) of A Country Christmas Carol (Dramatic Publishing), a country music reimagining of the Dickens classic set in 1950s rural America. The original production was commissioned and directed by James Rocco for Lyric Theatre of Oklahoma and was subsequently presented in New York City in the National Music Theatre Network’s MainStreet Musicals series, where it won the directors’ choice award. The team of Evans and Kaehler wrote numerous projects together, including six annual editions of The Story Salad Shows, which were musicals for children that toured the country under the auspices of Theatreworks USA, and the nutrition and exercise show I Feel Great!. Kaehler has written songs and specialty material for Broadway performers as well as theatrical events, including Broadway Cares/Equity Fights AIDS benefits and the Stage Directors and Choreographers Foundation’s Mr. Abbott Awards. His songs have been published (Midder Music) and recorded (“Twisted Turtle Christmas,” Turtle Creek Chorale and “In Celebration of Life,” Broadway Cares/Equity Fights Aids benefit concert). Kaehler served as executive story editor and contributing writer for the television series Van Pires, which was one of the earliest animated series to utilize CGI technology. The show was rated number one in its time slot in various domestic and international markets. Kaehler’s current projects include Under the Overture, an operatic farce for which he adapted the music of Rossini, and Poor Players, a supernatural thriller that revels in all things eerie about Macbeth. In addition to his theatrical works, he has edited many academic books, including David Kaplan’s acclaimed textbook series Five Approaches to Acting (Hansen Publishing Group). He is a member of the Dramatists Guild of America, New Play Exchange and the American Society of Composers, Authors and Publishers (ASCAP).