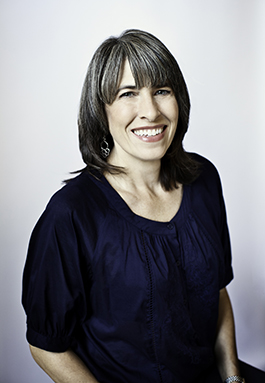 Rebecca Gilman’s plays include Swing State, Boy Gets Girl, Spinning Into Butter, Blue Surge, The Glory of Living, The Sweetest Swing in Baseball, The Heart Is a Lonely Hunter, Dollhouse, The Crowd You’re in With, Twilight Bowl and Luna Gale. Her plays have been produced by (among others) the Goodman Theatre, Steppenwolf Theatre, the Royal Court Theatre, Lincoln Center Theater, the Public Theater, Manhattan Theatre Club, New York Theatre Workshop and MCC Theater.

Among her many awards have been a Guggenheim Fellowship, the Harold and Mimi Steinberg/American Theatre Critics Association New Play Award, the Harper Lee Award, the Scott McPherson Award, the Prince Prize for Commissioning New Work, the Roger L. Stevens Award, the Evening Standard Award for Most Promising Playwright, and the George Devine Award. Boy Gets Girl received an Olivier nomination for Best New Play, and Gilman was a finalist for the 2001 Pulitzer Prize for The Glory of Living.

She received her MFA in playwriting from the University of Iowa and is an associate professor of playwriting and screenwriting at Northwestern University. She is an artistic associate at the Goodman Theatre in Chicago.

The Glory of Living

The Land of Little Horses

My Sin and Nothing More

The Sweetest Swing in Baseball