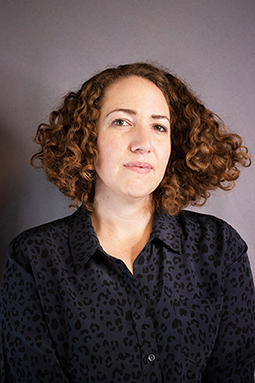 Rachel Bublitz is an award-winning and internationally produced playwright known for telling stories about women and creating exciting new work for young performers. Her play Ripped, which was produced at Z Space, received the prestigious Will Glickman Award for the best new play to premiere in the San Francisco Bay Area. In 2015, Bublitz was recognized as the top emerging female playwright in the Bay Area, receiving the June Anne Baker Prize. Her work has been produced at theatres and schools across the country, as well as in Canada and England. She has been commissioned by the Egyptian YouTheatre (Cheerleaders vs. Aliens, The Night Witches and The Summer I Howled) and PlayGround (Mommy Dances With the Devil). Her full-length play Burst was selected for MACH 33, a festival of new science plays at the Pasadena Playhouse. The Night Witches is the second play in a three-part series about women during WWII. The first, Codename: White Mouse, about spy Nancy Wake, was developed at the Loud & Unladylike festival. She is currently in the research phase for the third, which will explore female war correspondents. Bublitz resides in Salt Lake City, where she has worked with Salt Lake Acting Company and is a member of The Lab at Plan-B Theatre. When she’s not writing, she bakes pies for her family: her vastly supportive husband, Alex, and her two Viking-like children, Audrey and Jonah, who never shy away from giving their mom career advice.