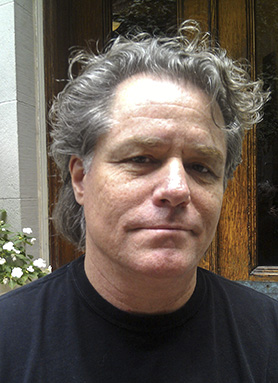 A native of New York City, Paul Jacobs started playing classical piano at a very young age, attending the Juilliard School of Music and playing at Carnegie Hall and on Radio Free Europe/Radio Liberty. Temporarily forsaking classical piano for rock keyboards and guitar, Jacobs then made his mark in the New York theatre scene, serving as musical director and co-writer of National Lampoon's theatrical hit Lemmings, starring Christopher Guest, Chevy Chase and John Belushi, and writing the music for The National Lampoon Radio Hour, featuring Bill Murray, Gilda Radner, Richard Belzer and Harold Ramis. Jacobs worked as the musical director for Meat Loaf, composing and producing songs that earned gold and platinum records all over the world. He has written for artists as diverse as Mel Torm, Roger Daltrey, Faith Hill, India Arie, Brian McKnight, Wynonna Judd, Ziggy Marley and the London Philharmonic Orchestra. His work in children's television has earned him two Emmy awards. He is currently the musical director of Between the Lions, and he has written, arranged and produced more than 100 songs for Sesame Street. Getting back to his classical roots, Jacobs won the 2000 Van Cliburn Institute Amateur Concerto Competition and performed with the Fort Worth Symphony Orchestra. His classical piano and gospel organ playing are featured on the music-based preschool series Lomax, the Hound of Music, and he's presently involved in several musical theatre projects for both adults and kids. Jacobs lives in New York City with his wife, Sarah Durkee, and their two children.