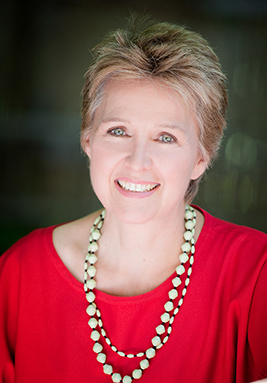 Patty Carver is a writer, composer, lyricist and noted stage performer. She co-founded Connecticut Children's Theatre (CCT) in 1991 with her husband, Jerry Goehring, and currently serves as CCT's playwright-in-residence. Carver has written more than 30 original musicals for young audiences produced by CCT as tours for young audiences.

She received prestigious National Endowment for the Arts funding to support her adaptations of the classic children's stories, The Velveteen Rabbit (featured Bea Arthur and Marla Gibbs) and Pinocchio (with Lorenzo Lamas). Other important works include full-length original themed-based musicals, such as Mother Nature's Quest, Jack Frost and Seneca Falls. Given the opportunity, Carver also performs in these productions. To date, she has performed for a wide range of audiences, including hundreds of thousands of children, giving her a unique perspective when writing for them.

Carver has written scenes, monologues and one-acts for theatre camps, schools and workshops which have been performed in many programs throughout Connecticut.

In addition, she has written the libretto, music and lyrics for a series of musicals, This Old Hat: Women in American History, which can be fully staged as a one-woman production or by a full cast. These historical musicals received the prestigious Daughters of the American Revolution's Nutmeg Award and have been performed in hundreds of venues for a broad audience range including theatres, libraries, middle schools and senior organizations. CCT was honored with a grant from the Connecticut Commission on the Arts in support of a new musical, American Heroines, based on This Old Hat.

Carver's current project is a new eco-musical TV and stage show for children called Patty's Green. She is both head writer and performer as Patty Pockets. Cast regulars include award winning actors Ed Begley, Jr. as the handyman, Jack Klugman as the mailman and LeVar Burton as the Mayor. Episodic guests include many other celebrities and artists who join Patty to help take care of Earth!