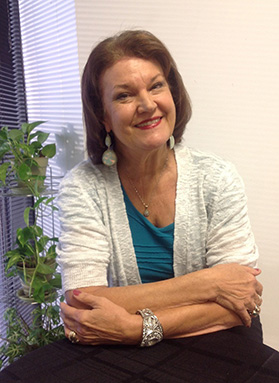 Patricia Barry Rumble, a Houston playwright/writer, began her writing career while teaching science and German. Her love of language and comedy writing brought her to the theatre. Her first comedy was The Archer and the Princess with original music by Rock Barry (Main Street Theater, Houston, 1987), followed by Aesop's Funny Fables, Mother Goose Comedy Revue, The Snow Queen, The Night the Animals Talked and The Tale of Peter Rabbit and Benjamin Bunny.

Her first full-length play, Breaking Out of Sunset Place, had staged readings in New York City by Playwright Preview Productions (now Urban Stages Theater) and in Los Angeles at the Playwrights Kitchen Ensemble play-reading series under the artistic direction of Dan Lauria (Jack Arnold on The Wonder Years) and won the Texas Playwrights Festival in 1993. Breaking Out of Sunset Place had its world premiere at Seven Angels Theatre in Waterbury, Conn., in 2001. The Ransom of Red Chief, with music and lyrics by Yvonne Steely, premiered at Express Children's Theatre in Houston in 1992, and in 2002, it was produced off-off-Broadway by Vital Theatre Company.

Her bilingual play Aesop's Funny Fables was toured by Stages Repertory Theatre of Houston in 1994. An updated version, Las Graciosas Fabulas de Esopo, was produced as part of Houston's 2011 summer children's art series at MECA (Multicultural Education and Counseling through the Arts). It was also produced at Talento BilingŸe de Houston in April 2012.


Titles by This Author

The Archer and the Princess