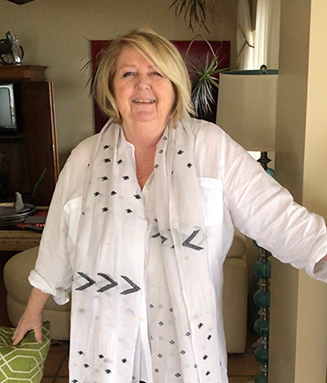 Pam Harbaugh was the theatre critic and arts writer for 25 years at Florida Today newspaper on Florida’s Space Coast. While writing for the newspaper, she also ran the Space Coast’s successful Junior Theatre Workshop program, which she had begun at the 13th Street Theatre in New York City. Now a freelance writer for Vero News and Florida Theatre On Stage, she devotes the bulk of her time to playwriting and directing. Her play Casserole was one of six winners in the 2020 national competition sponsored by the American Association of Community Theatre. Her earlier play, Snowfall, a drama, was a winner at the New Works Festival at the Henegar Center in Melbourne, Fla. She was the resident director for the inaugural season of Theatre on the Edge, which was awarded Best New Theater Company by the Orlando Weekly. She studied acting at the Lee Strasberg Acting Institute in New York City and received her theatre degree at the University of Central Florida. She continues to serve on the American Theatre Critics Association’s Steinberg/ATCA New Play Award committee which hands out annual awards at the Humana Festival of New American Plays. She is the proud mother of two fierce daughters.