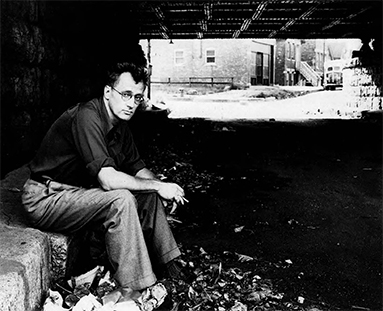 Nelson Algren (1909-1981) observed the Great Depression and wrote about it in his first novel, Somebody in Boots. His observations of poverty and crime among the Poles of Chicago's West Side became his second book, Never Come Morning. The Man with the Golden Arm, a gritty portrayal of the world of petty crime and drug addiction, was a best-seller and won the 1949 National Book Award.