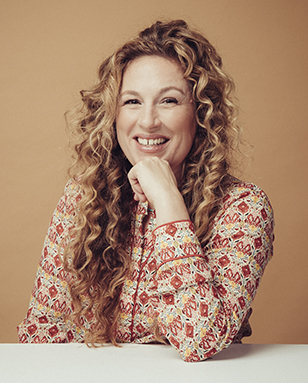 Molly Smith Metzler is an award-winning playwright and screenwriter from Kingston, N.Y. She is the creator and showrunner of the limited series Maid, which debuted on Netflix in October 2021 and spent 13 weeks on the top-10 list, viewed by more than 67 million households. In March 2022, Maid won the Writers Guild of America (WGA) Award for Outstanding Writing of a Limited Series–Adapted Long Form, and was named a “TV Program of the Year” by the AFI (American Film Institute). It also received award nominations from The Golden Globes, SAG, the Critics’ Choice Awards, NAACP, and more. Metzler’s TV credits include several seasons of Shameless (Showtime), Casual (Hulu) and Orange Is the New Black (Netflix). In film, she’s written features for Universal, Disney and Fox 2000.

As a playwright, Metzler’s plays, including Cry it Out, Elemeno Pea, The May Queen, Carve, Close Up Space and Training Wisteria, have been produced at Manhattan Theatre Club (MTC), Humana Festival/Actors Theatre of Louisville, South Coast Repertory, Northlight Theatre, Studio Theatre (DC), Detroit Public Theatre, City Theatre (Pittsburg), Geva Theatre Center, Chautauqua Theater Company and many more. Her play Cry it Out won the Los Angeles Drama Critics Circle Award for Outstanding Playwriting (2018) and the Steinberg/ATCA New Play Award Citation (2018). Her other awards include the Harold and Mimi Steinberg National Student Playwriting Award from The Kennedy Center, the David Mark Cohen Award from the Association for Theatre in Higher Education (ATHE), and the Mark Twain Prize for Comic Playwriting. Metzler is a proud alumna of SUNY Geneseo, Boston University, New York University’s Tisch School of the Arts and the Juilliard School, where she was a two-time recipient of the Lecomte du Nouy Prize from Lincoln Center.

Currently, Metzler is writing a new television show for Netflix, where she has an overall deal. She is also working on plays for The Kennedy Center, Manhattan Theatre Club and South Coast Repertory. She lives in Los Angeles with her tiny family and giant dog.