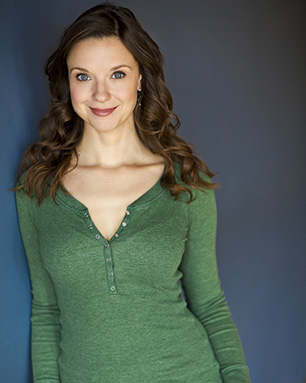 Melissa Morris is a composer, playwright, actor, singer and musician. She is a graduate of Queen's University. Morris is based in Toronto and Buenos Aires and performs music and theatre, sings and plays a multitude of musical instruments. As a playwright, she has written The Fred Astaire Story, Asylum by the Lake (with Dana Fradkin) and Love Stories, a show that continues to be performed in small communities in Ontario. Composition credits include Alice in Wonderland (with Craig Walker), The Comedy of Errors (with Rona Waddington), Warrior Joey Steals a Star (with Rose Napoli) and Maid for a Musket (with Lucia Frangione). Sound design credits include Who's Afraid of Virginia Woolf, directed by Ian Farthing. Morris is the resident musical director/composer for the St. Lawrence Shakespeare Festival in Prescott, Ontario. As well as having been in the acting company, she has also written and arranged music for productions of Julius Caesar, Much Ado About Nothing,All's Well That Ends Well, Macbeth, A Midsummer Night's Dream, Othello, Trouble on Dibble Street, Two Gentlemen of Verona, The Tempest and the Rideau Award-winning Twelfth Night. She is the composer of the film Keepsakes, directed by Bonnie Anderson. She is currently working on a new Canadian musical comedy with writers Brett McCaig and Paul Regan (Rob Ford The Musical). Morris is also a teacher, having brought her love of music and theatre to children and teens not only in Ontario but also in Jordan, Oman and Argentina.